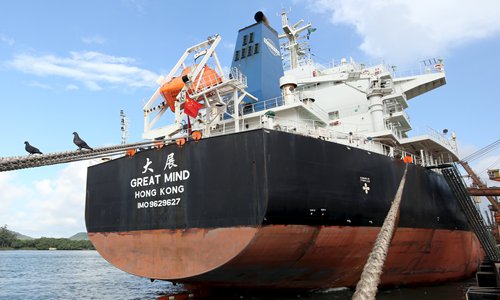 A ship from China loaded with soybeans docks at a port in Brazil. File photo: VCG