China published a white paper on Monday - the same day that US tariffs on $200 billion worth of Chinese goods took effect - to clarify the facts about China-US economic and trade relations and clearly state its stance on trade friction with the US. 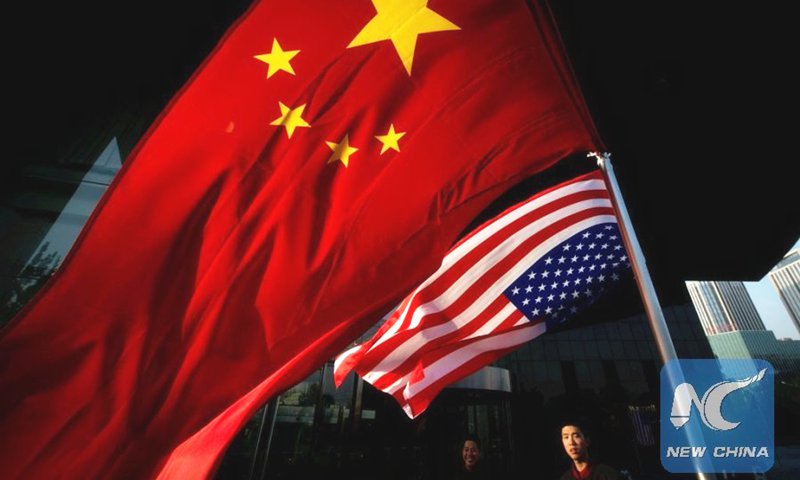 China is and will stick to its own pace of economic development, reform and opening-up. Any form of bullying from the US is definitely unworkable, Chinese experts warned.
Excluding the foreword, the 36,000 Chinese-character white paper has six parts, including "the trade bullying practices of the US administration," "damage by the improper practices of the US administration to the global economy" and China's position, the Xinhua News Agency reported on Monday.
The white paper was released the same day as US President Donald Trump's tariffs on another $200 billion of Chinese imports took effect. The latest volley against China brings the amount of goods hit by duties to more than $250 billion, with American consumers set to increasingly feel the pain, AFP reported.
Liu Ying, a research fellow at Renmin University of China's Chongyang Institute for Financial Studies, said "the white paper is like a dose of sobriety, coming at the right time to calm the US government and help US firms and citizens gain an objective understanding of the current trade issue."
Liu told the Global Times on Monday that the white paper is the best counterattack against US protectionism and unilateralism.
"The US is very irresponsibly hindering global economic recovery and harming the global supply chain," Liu said.
The white paper said the two countries are at different stages of development and have different economic systems, and therefore some level of trade friction is natural. "The key, however, lies in how to enhance mutual trust, promote cooperation, and manage differences."
However, the Donald Trump administration has trumpeted "America First" since taking office in 2017, and has abandoned the fundamental norms of mutual respect and consultation that guide international relations, the white paper said.
"It has brazenly preached unilateralism, protectionism and economic hegemony, making false accusations against many countries and regions, particularly China, intimidating other countries through economic measures such as imposing tariffs, and attempting to impose its own interests on China through extreme pressure," the white paper contended.
"This is the first time that China has officially released such a comprehensive and systematic white paper since the trade friction began at the start of the year, a move which is necessary for the international community and domestic society to keep pace with the ongoing friction and prepare for countermeasures," Wang Jun, deputy director of the Department of Information at the China Center for International Economic Exchanges, told the Global Times on Monday.
Seeking common ground
Bloomberg reported on Saturday that Beijing scrapped planned trade talks with the US and is unlikely to sit down with Washington until after November's midterm elections, citing people familiar with the situation.
"We have been stressing that dialogue and consultation on the basis of equality, good faith and mutual respect is the only viable way to solve China-US trade disputes," Chinese Foreign Ministry spokesperson Geng Shuang said in a routine press conference on Friday.
"However, everything the US has done has failed to give the impression of sincerity and goodwill," said Geng.
The Chinese side has been dealing with these differences to seek common ground, the white paper said.
"It has overcome many difficulties and made enormous efforts to stabilize China-US economic and trade relations by holding rounds of discussions with the US side and proposing practical solutions."
However, the US side has been contradicting itself and constantly challenging China, the white paper said.
"As a result, trade and economic friction between the two sides has quickly escalated over a short period of time, causing serious damage to economic and trade relations which have developed over the years through the collective work of the two governments and two peoples, and poses a grave threat to the multilateral trading system and the principle of free trade."
"The US should realize that if it wants to make China its foe, it's making the world its foe since China has been the largest trading partner of over 130 countries," said Liu from Renming University of China.
Liu noted that the US government needs to sober up to evaluate the situation, and make a positive gesture to return to the negotiating table.