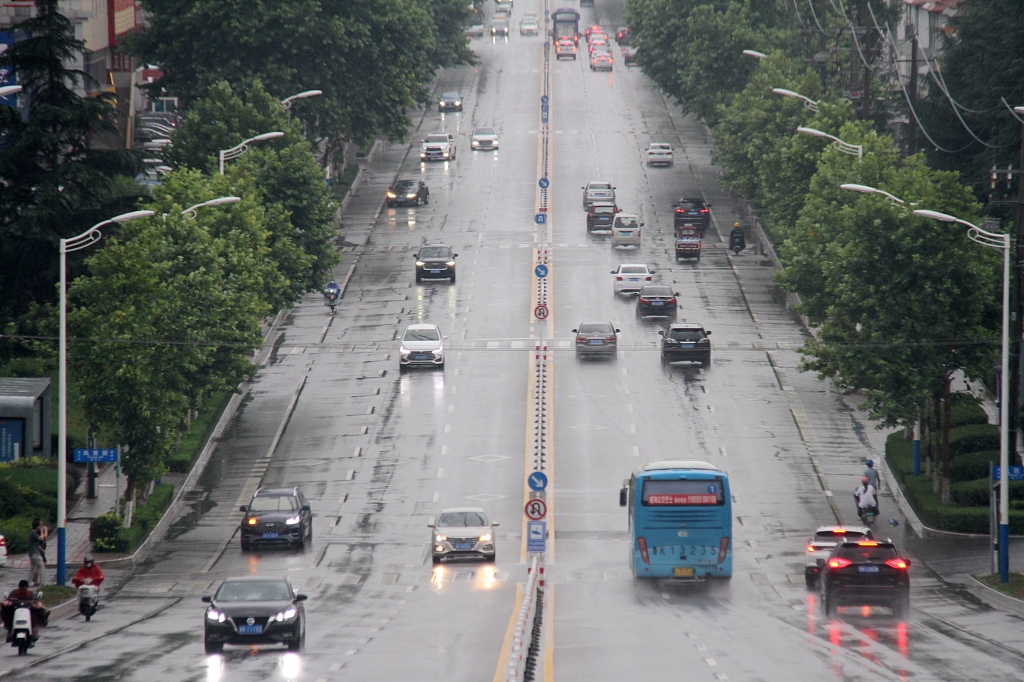 A view of a highway after heavy rainfall in Shandong Province, China, July 31, 2022. (Photo: CFP)

BEIJING, Aug. 10 (Xinhua) -- China on Wednesday issued a yellow alert as Typhoon Mulan, the seventh typhoon of the year, is expected to make landfall in the coastal areas of the provinces of Hainan and Guangdong during the daytime.

At 5 a.m. Wednesday, the eye of Mulan was observed over the sea some 220km southeast of Zhanjiang City in Guangdong Province, packing winds of up to 23 meters per second, said the National Meteorological Center.

The center forecast that Mulan would move northwestward at a speed of up to 25km per hour, bringing strong winds and heavy rain to Guangdong, Guangxi and Hainan.

The center suggested that ships and boats should take shelter in harbors, while advising the relevant areas to take measures to prevent torrential floods and geological disasters.

China has a four-tier color-coded weather warning system for typhoons with red representing the most severe, followed by orange, yellow and blue.