CHINA China on NFL radar as focus shifts to digital

China on NFL radar as focus shifts to digital 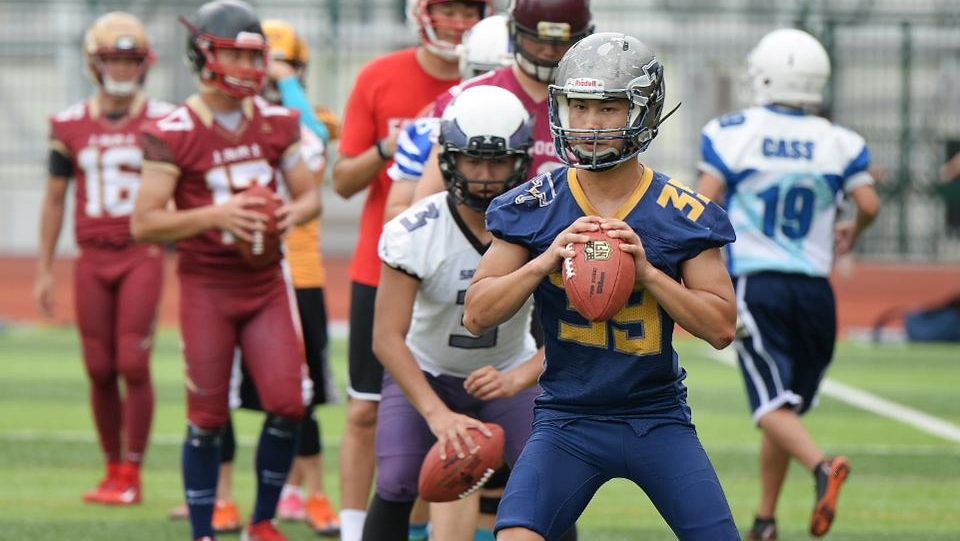 “My dream is to play a game here in China someday,” New England Patriots quarterback Tom Brady said, during a visit to China. “To bring that here and to bring the discipline and to bring the incredible strategy involved.”

Well, it may be sooner rather than later for the four-time Super Bowl champion to finally realize his Chinese ambitions as the NFL looks to score with new audiences from digital platforms.

In the past, American football, the US’ most popular sport, never enjoyed an illustrious presence in China. Whether down to a lack of grassroots infrastructure, infrequent broadcasts or just the sport's reputation for injury and concussion, the NFL has long been novelty to the country.

Despite the international department launching in 2007 to spread American football abroad, issuing stops across the United Kingdom and Mexico, the league has never played a game in China.

In 2008, a preseason match had been scheduled in the Beijing Workers Stadium, but it was canceled when the league's only operation in China folded and the colloquially named “China Bowl” never got the chance to really set off. After the recession hit, the NFL’s big hopes of expansion in China took another blow and eventually the initiative was put on the back burner.

Interests in Asia started to reignite in March 2016 as NFL spokesman Brian McCarthy pointed to a 2018 game, but after the initial excitement, that, too, was postponed until 2019 with the league admitting they weren’t ready.

Yet this hot and cold relationship appears poised to change. Over the past few years, the Chinese sports market has enticed more and more investment from international leagues with President Xi Jinping's sports reform and the country's rising middle class fueling the industry boom, which is expected to contribute 5 percent to the country’s GDP in 2025.

Consequently, it couldn’t be a better time for the NFL to rekindle its love affair with the country full of promise. And the league doesn’t seem to be wasting any time.

This year, the NFL announced an agreement granting tech giant Tencent exclusive digital streaming rights for NFL games in China, as the world’s richest sports league by revenue expands its China presence. Under the three-year agreement, Shenzhen-based Tencent will stream live and on-demand NFL pre-season, regular-season and playoff games plus the Super Bowl and other content in China.

According to Kantar-CSM China research, China is home to over 19 million people interested in the NFL, but not only does it have the numbers, it has also established the world's most expansive online mobile content distribution network, with an ecosystem that combines payment, content and social. In 2017, more than 95 percent of China’s Internet users used their phones to engage online. The digital opportunity for growth is undeniable.

Richard Young, managing director in China for the NFL, revealed that the fan base in China has grown 1,000 percent over the past five years.

About 1.5 million people in China now watch live NFL matchups each week on digital platforms, the executive added. Many are young people aged 20 to 30 who catch games on mobile phones as they commute.

Traditionally always one step behind the NBA and European football leagues in gaining a Chinese following, the NFL's revived enthusiasm in overseas markets comes after a season in which US television viewership dropped 8 percent to a weekly average audience of 16.5 million, according to Nielsen data. The facts don’t lie. As New England Patriots Owner Robert Kraft said, the NFL’s future is streaming.

The league said its digital live-streaming viewership in China grew 17 percent in 2016 to 37 million unique viewers, while video-on-demand jumped 52 percent to 282 million views, under contracts with previous partners.

In February, when battling the issue of game start time and China’s rush hour, the Super Bowl was streamed live for the first time on popular messaging platform Sina Weibo. While millions around the world settle into couches and tuned into the Super Bowl on big-screen TVs, fans in China watched the American football championship on mobile phones and tablets – on their way to work.

With ratings in the US languishing and efforts growing, the game in the United Kingdom forges ahead, and China is a natural next step toward making the NFL a global game. As digital becomes the priority and online viewership grows, whatever the NFL learns in China’s digital ecosystem may pave the future not only for American football but also the sports media market in general.