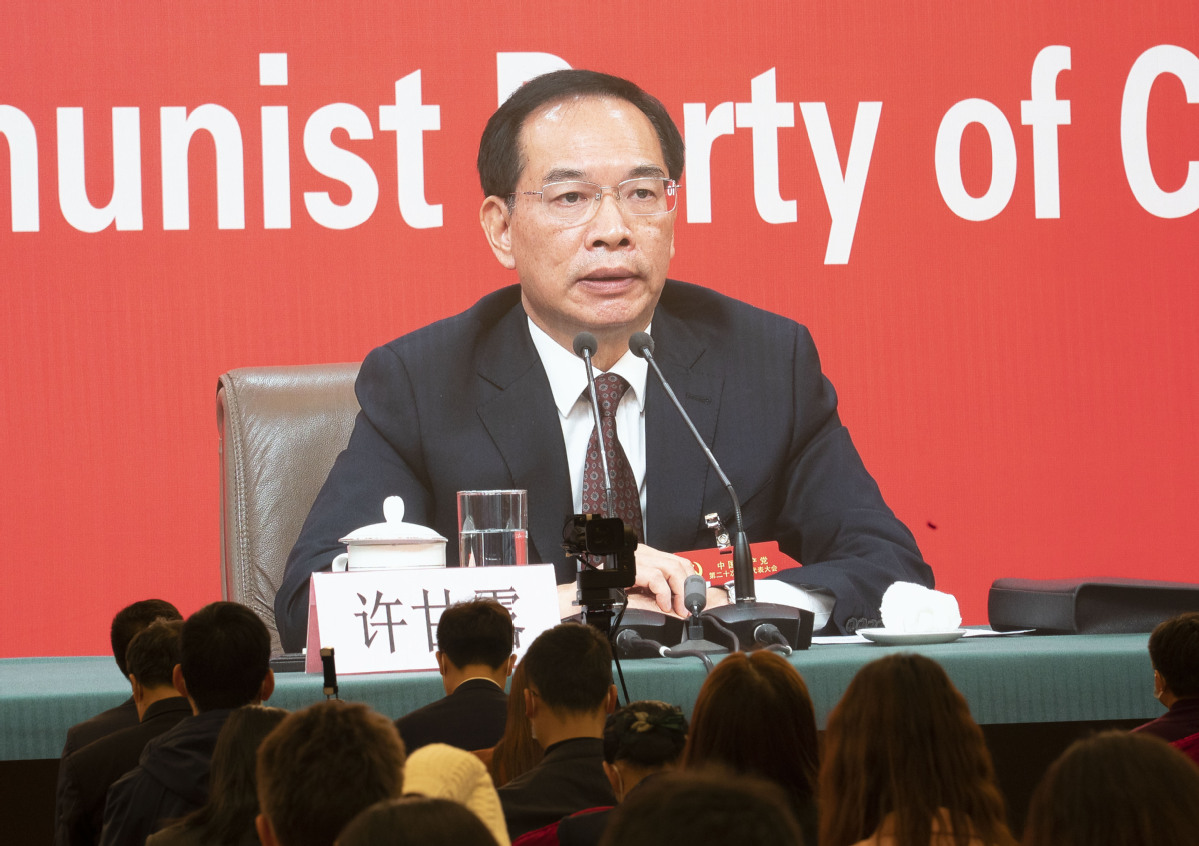 Xu Ganlu, vice-minister of the Ministry of Public Security, takes questions at news conference on the sidelines of the ongoing 20th National Congress of the Communist Party of China, Oct 19, 2022. (Photo: chinadaily.com.cn)

BEIJING, Oct. 19 (Xinhua) -- China is widely acknowledged as one of the safest countries in the world, Xu Ganlu, vice minister of public security, told a press conference here on Wednesday.

Noting that China is one of the countries with the lowest homicide rate and the lowest number of gun- and explosives-related cases, Xu said the country has witnessed significant drops in the numbers of criminal cases and safety accidents over the past decade.

The number of major criminal acts including homicides and rapes in 2021 was 64.4 percent lower than that of 2012, while the numbers of drug-related crimes, robberies and thefts also dropped by 56.8 percent, 96.1 percent and 62.6 percent respectively, Xu told journalists on the sidelines of the 20th National Congress of the Communist Party of China.

According to a survey conducted by the National Bureau of Statistics in 2021, some 98.6 percent of those polled felt safe living in China, up by 11 percentage points from 2012, he said.

The vice minister said some 3,800 police officers had sacrificed their lives in the past 10 years in the process of defending social security and stability.

Nonetheless, Xu said China will continue to crack down on organized crime and root out local criminal gangs on an ongoing basis and focus its efforts on serious criminal offenses of major concerns to the public, to better safeguard national security, social stability and interests of the people.