CHINA China opposes any official contact between US and Taiwan

China opposes any official contact between US and Taiwan 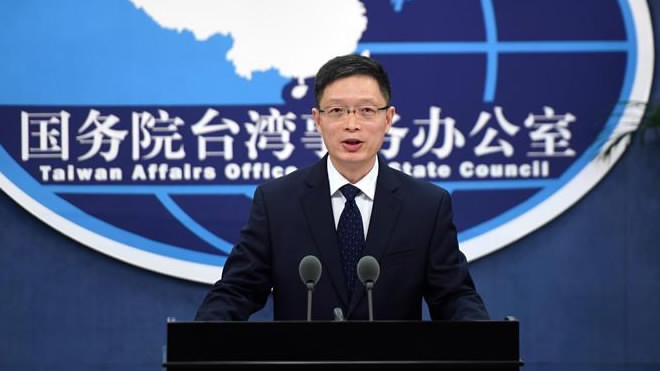 Spokesperson for the State Council Taiwan Affairs Office on Tuesday expressed firm opposition to any countries that have diplomatic relations with China engaging in official contact with the region of Taiwan in any form.

"I want to reiterate that we firmly oppose any countries that have diplomatic relations with us to engage in official contacts with the region of Taiwan in any form," said An Fengshan, spokesperson for the State Council Taiwan Affairs Office, in response to Samuel Brownback, US ambassador-at-large for international religious freedom, attending a meeting in Taiwan.

Answering a similar question on the same day, Chinese Foreign Ministry Spokesperson Lu Kang said "China firmly opposes any official contact between the US government and Taiwan. This position is rock firm."

Lu hoped the US government will strictly abide by the one-China policy.

While answering questions about Taiwanese convict Lee Ming-che, Lu stressed this is a matter between the two sides of the Taiwan Strait, an internal matter of China. "Others have no right to intervene."

When asked about Taiwan's leader Tsai Ing-wen's upcoming visit to Palau, Nauru and the Marshall Islands with a possible stopover in US territory next week, Lu said any attempt to spread the "two Chinas" separatist fallacy and confrontational thinking will be opposed by all Chinese people and will not meet the fundamental interests of the people of Taiwan.

Taiwan's Democratic Progressive Party (DPP) administration should get back to the political foundation of the 1992 Consensus and to the right path of the peaceful development of cross-Strait relations, said An.