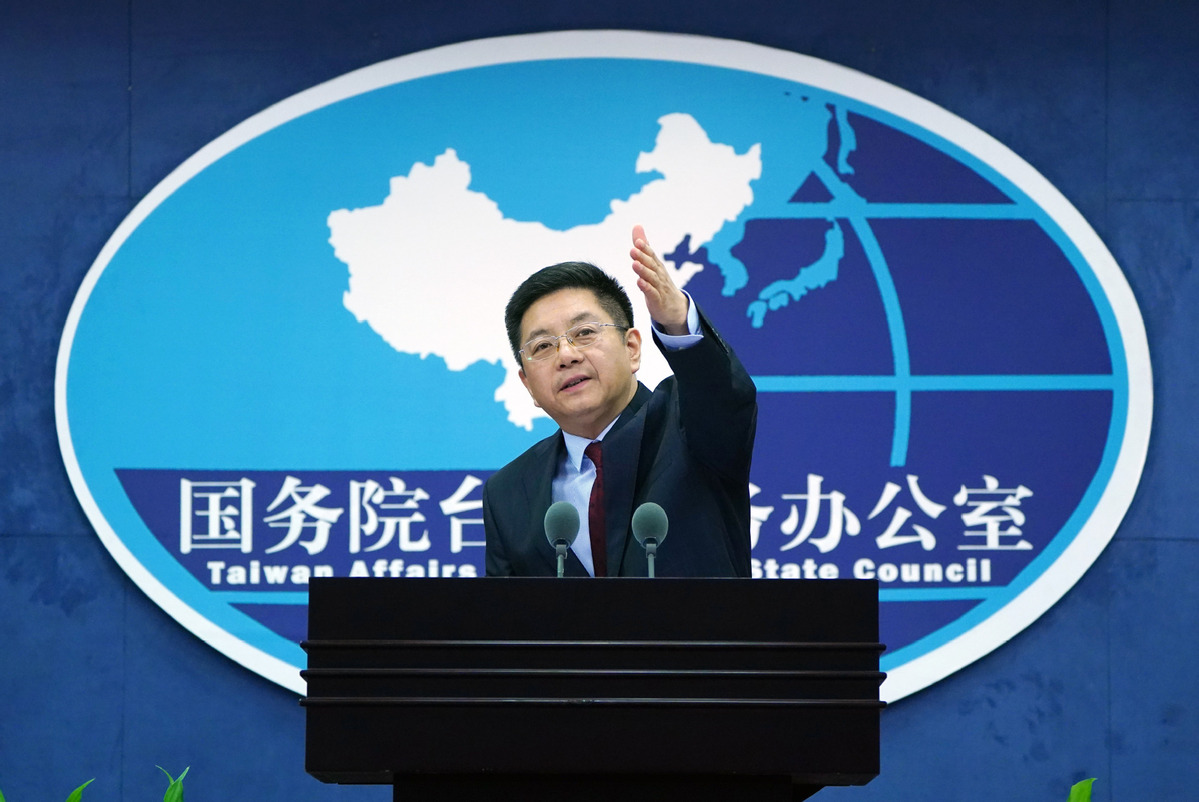 A mainland spokesman on Friday urged Japan to deeply reflect on history and cease any provocations related to Taiwan.

Ma Xiaoguang, spokesman for the Taiwan Affairs Office of the State Council, made the remarks after the Japanese Liberal Democratic Party planned to have a "security dialogue" with the ruling Democratic Progressive Party of Taiwan.

Ma expressed firm opposition to the remarks made recently by the Japanese government on the Taiwan question.

"We urge the Japanese side to deeply reflect on history and immediately correct their mistakes," Ma said.

He called on Japan to take concrete action to abide by the one-China principle and the spirit of the four political documents between China and Japan, and be cautious when it comes to the Taiwan question.

Ma also condemned the DPP authorities for colluding with foreign forces to seek independence and said such attempts are "doomed to failure".