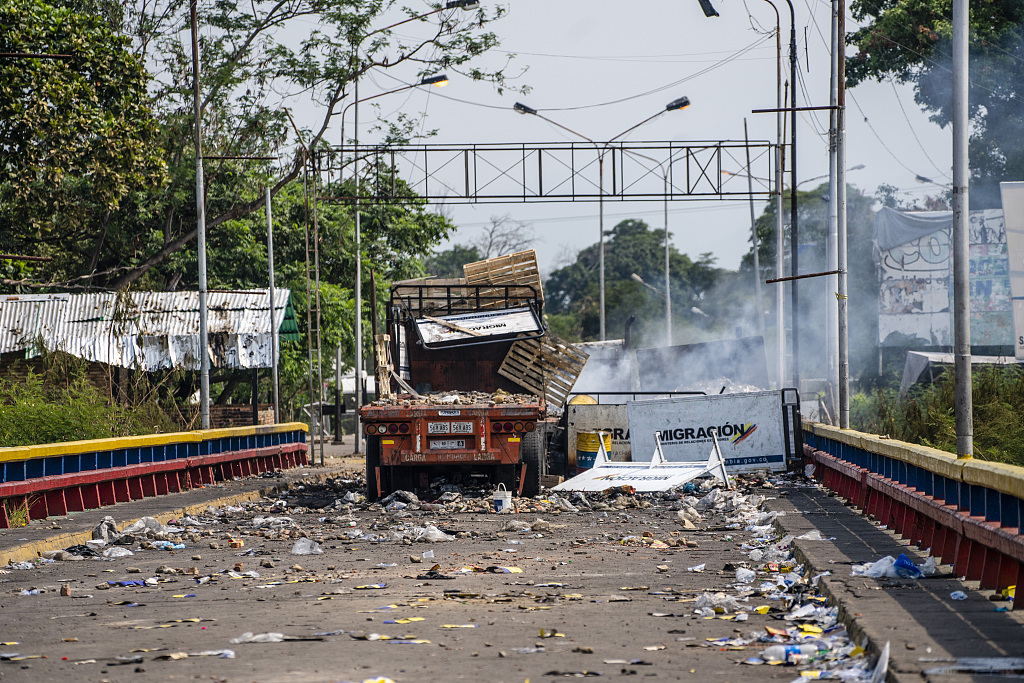 Smoke rises as debris from clashes sits on the Francisco de Paula Santander International Bridge near the border with Venezuela in Cucuta, Colombia, on Sunday, Feb. 24, 2019. (Photo: VCG)

Spokesperson Lu Kang said China hopes for peace and stability in Venezuela and calls for compliance with international laws and basic principles in international relations.

"Stirring up instability or even unrest in Venezuela and the region is not in the interests of any of the parties," he said.

Lu's comments came after the United States and other countries in the region, in coordination with the Venezuelan opposition, declared a plan to deliver "humanitarian aid" to Venezuela, which was rejected by the Venezuelan government.

"We once again urge the Venezuelan government and the opposition to seek a political solution through dialogue and consultations within the constitutional and legal framework," Lu said.

He also called on the international community to do things truly conducive to the national stability and economic development of Venezuela and improvement of people's livelihood.

"We hope that international community would provide constructive help to Venezuela on the premise of respecting the country's sovereignty," Lu said.