CHINA China opposes passage of HK bill by US Senate

China opposes passage of HK bill by US Senate

BEIJING, Nov. 20 (Xinhua) -- China on Wednesday expressed strong condemnation against and firm opposition to the U.S. Senate's passing of the so-called Hong Kong Human Rights and Democracy Act 2019, Foreign Ministry spokesperson Geng Shuang said in a press statement. The following is the full text of statement: 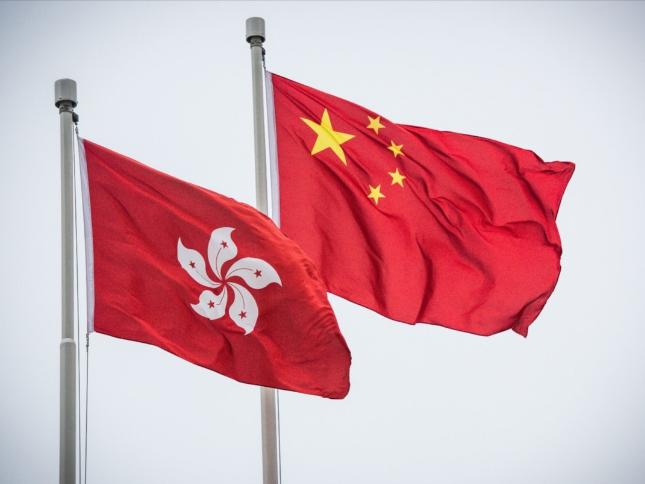 On November 19, the U.S. Senate passed the Hong Kong Human Rights and Democracy Act. This act neglects facts and truth, applies double standards and blatantly interferes in Hong Kong affairs and China's other internal affairs. It is in serious violation of international law and basic norms governing international relations. China condemns and firmly opposes it.

Over the past five months or so, radical, violent and criminal practices have severely threatened people's safety and property, disrupted rule of law and social order, undermined prosperity and stability in Hong Kong and challenged the bottom line of "one country, two systems". The issue Hong Kong faces is not about human rights or democracy, but about stopping violence and chaos, upholding rule of law and restoring order as soon as possible. The central government will continue to firmly support the SAR government in lawfully administering Hong Kong, support the police in enforcing law, and support the judicial organs in punishing violent criminals, protecting the life and property of citizens and safeguarding prosperity and stability in Hong Kong.

Since Hong Kong's return to the motherland, the practice of "one country, two systems" has been proven to be a universally recognized success. Citizens now enjoy democratic rights at an unprecedented level and lawfully practice their freedoms. The act passed by the U.S. Senate remains blind on facts and Hong Kong people's wellbeing. Out of hidden political agenda, this act paints criminal moves as pursuit of human rights and democracy when the truth is violent criminals rampantly smashed facilities, set fire, bullied and attacked innocent civilians, forcibly occupied university campuses, mobbed young students, and assaulted police officers in a premeditated way. The aim is to bolster anti-China, extremist and violent radicals who attempt to disrupt Hong Kong, damage Hong Kong's prosperity and stability, so that they can contain China by making a fuss out of the Hong Kong issue, which is exactly the malicious intention of certain people. Such a move will not only undermine China's interests but also the U.S. interests in Hong Kong, too. In fact, all those attempts to interfere in or impede China's development will be in vain.

I'd like to stress once again that Hong Kong is part of China, and Hong Kong affairs are China's internal affairs. We urge the U.S. to grasp the situation, stop its wrongdoing before it's too late, and immediately take measures to prevent this act from becoming law. The U.S. should immediately stop interfering in Hong Kong affairs and China's other internal affairs, or the negative consequences will boomerang on itself. China will have to take strong countermeasures to defend our national sovereignty, security and development interests if the U.S. insists on making the wrong decisions.