CHINA China opposes renewal of Iran sanctions, urging US to return to talks

China opposes renewal of Iran sanctions, urging US to return to talks

China maintains its objection to the reimposition of sanctions against Iran, said the Chinese Foreign Ministry on Friday, urging the US to resume talks with Iran.

The first phase of the two-part US sanctions took effect on Tuesday, reactivating restrictions on Iran’s use of the US dollar. The second phase of punishment will block the sales of oil and petrochemical products from Iran starting November 4. 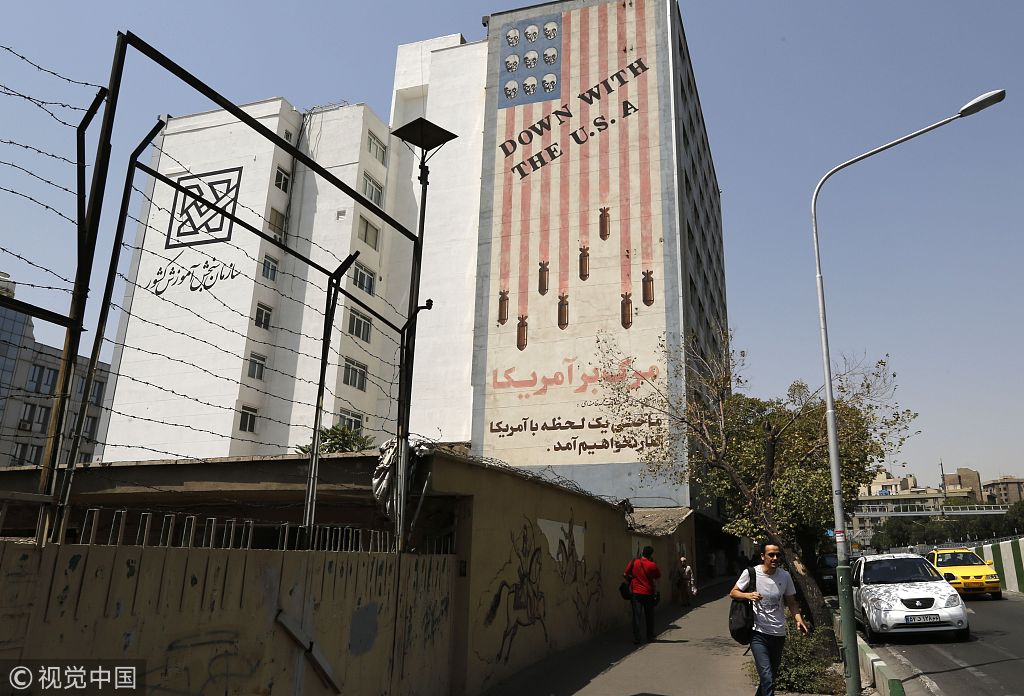 Iranians walk by a mural painting of a US flag depicts skulls in place of the stars at Karim Khan Zand Avenue in downtown Tehran on August 7, 2018. (Photo: VCG)

Sanctions or the threat of sanctions will lead to a dead end, and only talks and negotiations offer a true way out of the current US-Iran standoff, said the statement.

Describing bilateral business exchanges as “logical, reasonable and lawful,” Lu called for respect and protection for the current commercial cooperation between China and Iran.

The deals are open, transparent and normal, don’t violate related resolutions of the United Nations or China’s commitments, and pose no harm to any third country, added Lu.