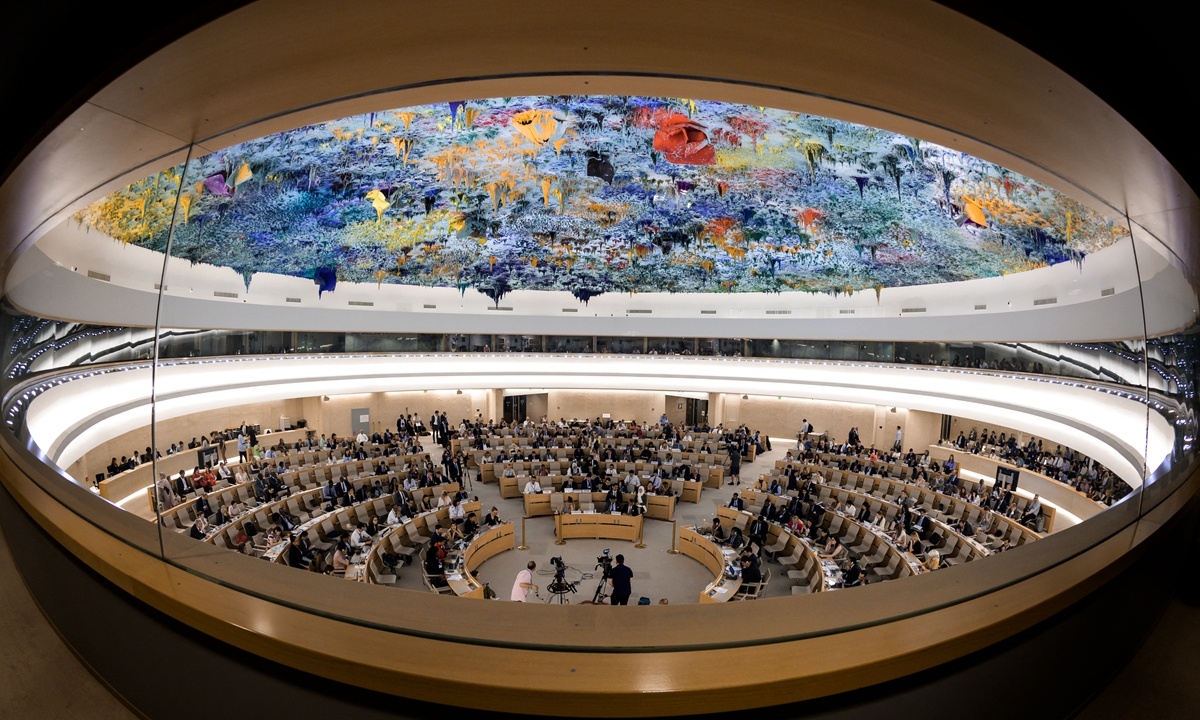 China firmly opposed the UN High Commissioner’s erroneous remarks on China’s domestic affairs on its Xinjiang Uygur Autonomous Region and Hong Kong Administrative Region and urged the High Commissioner to refrain from interfering in China’s sovereignty and judicial independence, spokesperson for the Chinese Mission to the United Nations Office at Geneva said in response to the remarks made by Michelle Bachelet, UN High Commissioner for Human Rights on Monday.

On Monday when the 47th session of the Human Rights Council started, Michelle Bachelet, UN High Commissioner for Human Rights, also issued a statement, in which she mentioned topics on China’s Hong Kong and Xinjiang and claimed that they have been closely monitoring the application of the National Security Law in Hong Kong and “the chilling impact” it had on the civic and democratic space.

On Xinjiang, she said that she continues to discuss with China modalities for a visit, including meaningful access, to the Xinjiang region, and hopes "this can be achieved this year."

It is China’s right to make and implement the National Security Law in Hong Kong, which has offered system and law guarantees for the “one country, two systems,” Chinese Mission spokesperson Liu Yuyin said.

It has been applauded and supported by Hong Kong residents. After the implementation of the National Security Law, Hong Kong residents worry no more of being threatened by violence and turmoil and can better practice their rights, including freedom of speech and publication, said Liu.

No freedom is without boundaries and no freedom should break the bottom line of national security and the international conventions have included this, Liu said, noting that Hong Kong is a society ruled by law, with no one above the law. Those who violate laws should be held accountable.

As for Xinjiang topics, Liu said that the rights of all ethnic groups have been fully protected in Xinjiang. Some countries and forces spread rumors on China’s Xinjiang out of political purposes, and their attempt is doomed to fail.

Hong Kong and Xinjiang are inalienable parts of China’s territory. Hong Kong and Xinjiang related issues are China’s internal affairs which brook no interference by any external forces. We urge the High Commissioner for Human Rights to respect facts, see through the political attempts of the anti-China forces and act in a just and objective manner, said Liu.

The High Commissioner is also advised to stop making erroneous remarks against China, and refrain from interfering in China’s sovereignty and judicial independence, Liu said.

“We welcome the High Commissioner’s visit to Xinjiang. This should be a friendly visit rather than the so-call ‘investigation’ under the presumption of guilt,” said Liu.

Bachelet’s remarks, which promotes a particular point of view, have also shown how severely people living in the West have been poisoned by fake news and rumors from Western media against China, Wang Yu, an associate professor from the Institute of Chinese Borderland Studies of the Chinese Academy of Social Sciences, told the Global Times.

Wang noted that a trip to China may help dismiss Bachelet’s misunderstanding on China’s Hong Kong and Xinjiang.