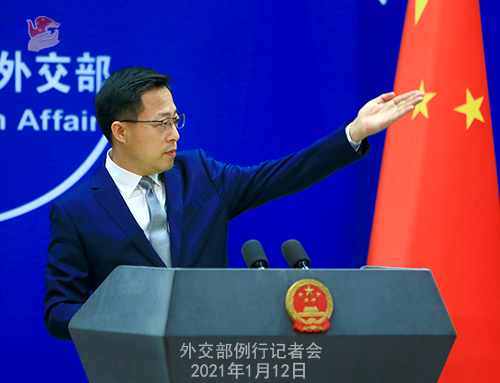 According to media reports, the U.S. announced Monday a decision to designate Cuba as a "state sponsoring terrorism" once again more than five years after removing the country from the list, and Cuban Foreign Minister Bruno Rodriguez has strongly condemned the U.S. decision as a hypocritical move full of "political opportunism."

China has always been of the view that the international community should join hands in fighting terrorism, but firmly opposes the United States using anti-terrorism as an excuse to impose political crackdown and economic sanctions on Cuba, Spokesperson Zhao Lijian said at a daily press briefing in response to a related query.

The U.S. side should develop normal state-to-state relations with Cuba on the basis of equality and mutual respect, Zhao said. "This will serve the fundamental interests of the two countries and the two peoples, and help maintain peace and stability of the Latin American region."