China opposes US political oppression of Cuba under pretext of anti-terrorism: FM spokesperson 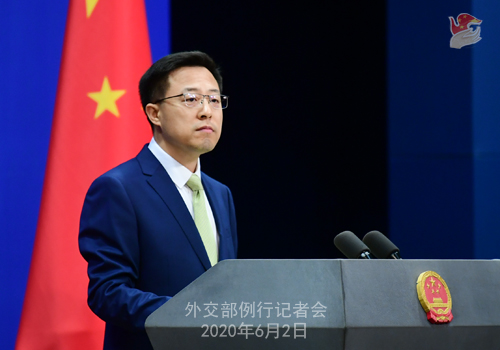 Zhao made the remarks at a press briefing in response to a question concerning Cuba being included on May 13 in a U.S. State Department list of countries that are allegedly not cooperating fully with U.S. efforts against terrorism, which was rejected by the Ministry of Foreign Affairs of Cuba.

"Terrorism is mankind's common enemy. China maintains that the international community should work together to fight terrorism," Zhao said.

"That said, we oppose the U.S. side using counter-terrorism as a pretext to impose political oppression and economic sanctions on Cuba," he said, adding that the United States and Cuba, as close neighbors, should treat each other with amity and continue developing normal state-to-state relations based on equality and mutual respect.

"This serves the interests of the two countries, and will help promote peace and stability of Latin America," Zhao said.