CHINA China orders closure of US consulate in Chengdu

China orders closure of US consulate in Chengdu 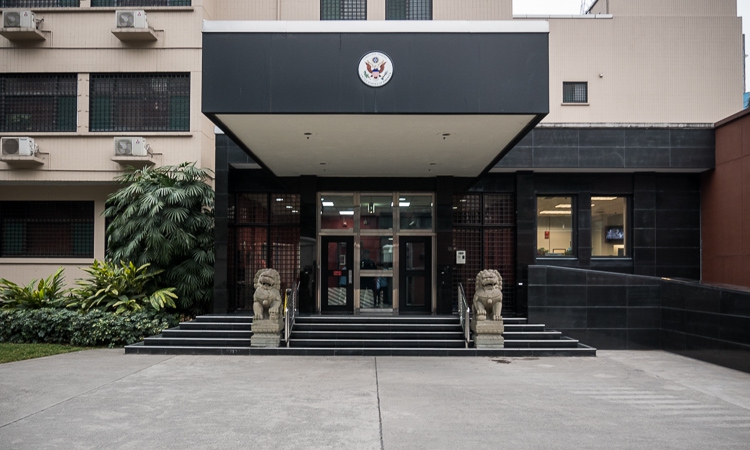 The US consulate in Chengdu.

China has ordered the US to shut its consulate in Chengdu, Southwest China’s Sichuan Province, in retaliation for the US asking to close China’s Consulate General in Houston, the Chinese Foreign Ministry said on Friday, which analysts have called “an equivalent and reciprocal countermeasure.”

The order by the Chinese side came after the US abruptly asked China on Tuesday to close its Consulate General in Houston within 72 hours, which is a unilateral political provocation by the US side against China and a grave violation of international law and the basic norms governing international relations, which seriously harms bilateral ties. China would take countermeasures that will cause the US “real pain,” according to observers.

The US consulate in Chengdu, covering consul affairs in several provinces and regions including Southwest China’s Tibet Autonomous Region, had attracted public attention for several occasions. It was opened in October 1985 by former US President George Bush, and had been besieged by crowds to protest the US bombing of the Chinese Embassy in Belgrade in 1999.

Some speculation had earlier emerged that China might close down US Consulate General in Wuhan, Central China’s Hubei Province, as retaliation for the closure of China’s Consulate General in Houston. However, that would be an underestimation of China’s will in taking “equivalent and reciprocal countermeasure,” according to observers.

As staff has not returned to the Wuhan consulate, its closure would not be equivalent to US bullying and extreme pressuring tactics, and would be seen as a gesture of showing weakness to the US side.

Lü Xiang, a research fellow at the Chinese Academy of Social Sciences in Beijing, told the Global Times that choosing the US consulate in Chengdu is an equivalent and reciprocal countermeasure as the consulate covers the consular services among the Southwest region of China and its number of employees is almost equal to that of China’s consulate in Houston.

“The US is unlikely to make further provocations to close more Chinese diplomatic missions. Choosing the consulate in Houston could help the Trump administration distract the public’s attention of the worsening epidemic situation in Texas, a traditional ‘red state,’ which the Republican party can’t afford to lose,” he said.

But other Chinese consulates in the US are located in cities like New York and San Francisco, which are in the “blue states” that the Republican can’t win, so it would be meaningless for Trump to close more as it won’t help him win the election, Lüsaid.

If the US continues its crazy moves, China can play another card to retaliate; that is, expelling those so-called “diplomats” from the US who are actually CIA agents located in China, especially those in Hong Kong, Lü noted, adding that this could make the US really feel the pain as its intelligence networks in China, which it has spent decades trying to build, will be closed down. Therefore, it would be so unwise of the US to continue the fight as it will lose more than China.