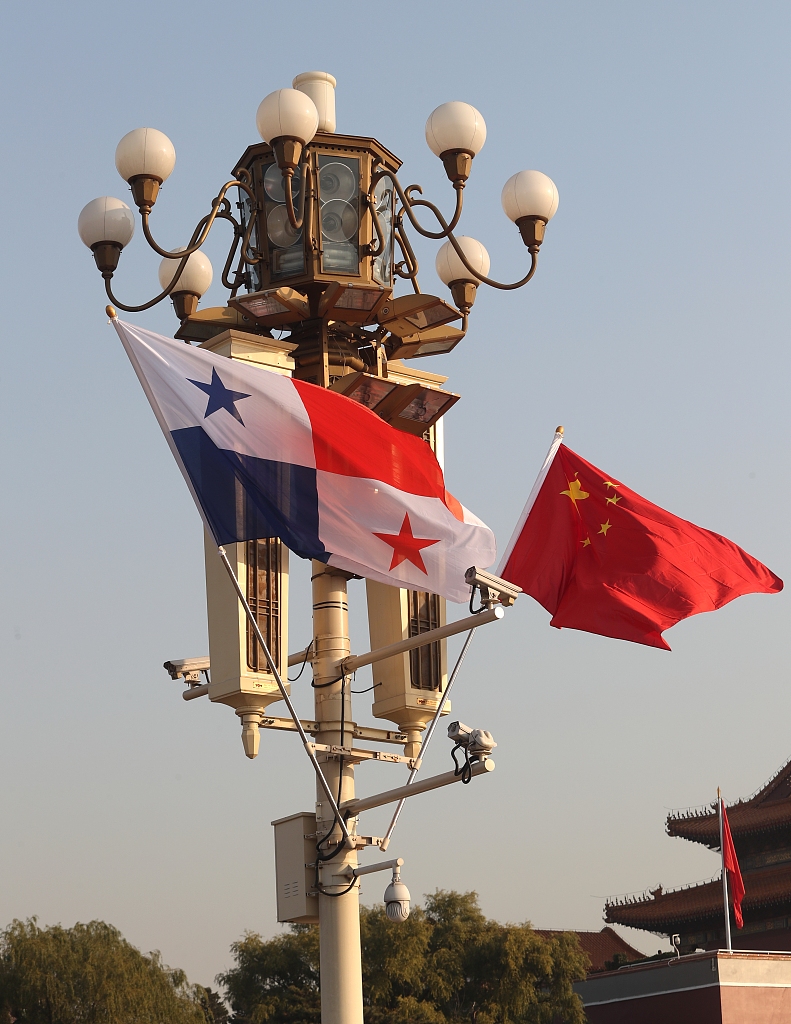 The pre-recorded performances were projected onto a giant screen. Speaking with Xinhua at the packed theater, China's Ambassador to Panama Wei Qiang said the concert was aimed at underscoring the importance of continuous cultural, artistic and people-to-people exchange between the two countries.

"Over these five years, exchanges in this cultural, educational and people-centered milieu, which constitute one of the fundamental pillars of the bilateral agenda, have achieved very gratifying results and covered a wide range of genres ... all types of dance, ballet, opera, the Beijing Opera, painting and film," the diplomat said.

"As head of the mission in Panama, I feel totally satisfied and happy to have been a fortunate witness to the remarkable progress and deepening of our cooperation," Wei said.

The ambassador noted that crises often lead to opportunities, referring to the fact that cooperation to tackle the COVID-19 pandemic has resulted in a strengthening of ties between Panama and China.

The orchestra performed the symphonic overture "Ode to the Red Flag" by Lu Qiming, "The Butterfly Lovers" by He Zhanhao and Chen Gang, and Symphony No. 5 in C minor by Ludwig van Beethoven.

Wei pointed out that the three performances showcased took place during the pandemic, two of which were performed in front of an audience wearing face masks, and one was performed with no audience present.

In the last performance, he said, the violin soloist and the orchestra were even taped separately in different places.

"It is an example of human resilience in the face of these times of great adversity that the pandemic has brought us," he said.

The diplomat expressed optimism about the development of bilateral cooperation and friendship over the next five years and beyond based on the two countries' shared principles of equality, mutual respect and win-win cooperation.

The concert was attended by special guests and the general public, and was coordinated by the Chinese Embassy in Panama in collaboration with the National Theater of Panama and Panama's Ministry of Foreign Affairs and Ministry of Culture.