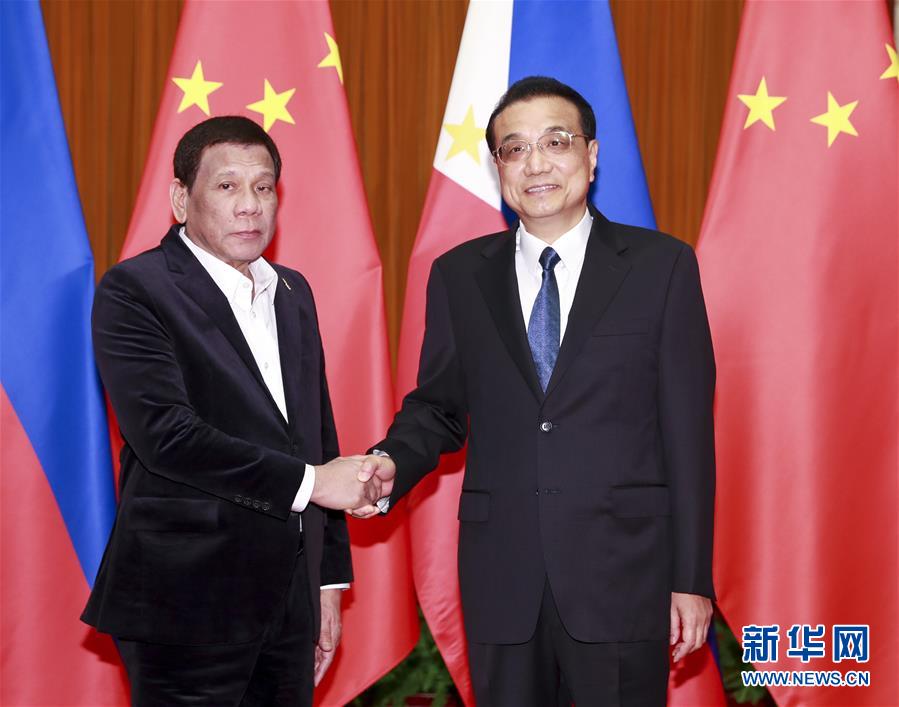 Li said that China is willing to cooperate with the Philippines on the basis of mutual respect, equality and mutual benefit, and seek better synergy between the Belt and Road Initiative and the Philippines' "Build, Build, Build" program, so as to promote sustained, stable and healthy development of bilateral relations and cooperation.

Li said that the current situation in the South China Sea is generally stable and the countries in the region are living in peace.

China always acts with the greatest sincerity and is willing to work together with the Philippines and ASEAN countries to achieve the Code of Conduct (COC) in the South China Sea in the period when the Philippines serves as a coordinating country for China-ASEAN relations, said Li.

Li also expected joint efforts to promote offshore oil and gas development, and safeguard peace and stability in the South China Sea and the region.

Duterte said the Philippine side is willing to further expand exchanges and cooperation with China in such fields as the economy, trade and people-to-people exchanges, so as to promote bilateral ties and secure the two peoples concrete benefits.

On the South China Sea issue, Duterte said Western countries are not COC negotiators and should not hinder the efforts of regional countries in this regard.

He said as the Philippines now is fulfilling its responsibilities as a coordinating country for China-ASEAN relations, the Philippine side will work with China and ASEAN countries to actively promote the adoption of the COC during his term of office.