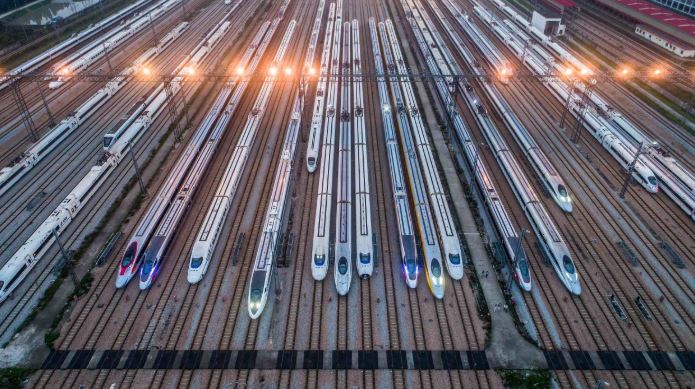 China plans to build 6,800 kilometers (4,225 miles) worth of new railway lines in 2019, a 40 percent jump from the length of tracks laid out last year, the national railway operator said on Wednesday amid a wider push to boost infrastructure spending.

At least 3,200 kilometers of this target will be on high-speed rail, the China Railway Corp said in a post on its official WeChat account.

China Railway Corp said it created 4,683 kilometers worth of new rail lines last year, of which 4,100 were part of the high-speed rail.

Meanwhile,China's state planner said it has approved many inter-city railway projects in the eastern provinces of Jiangsu and Anhui, with a combined total investment value of 231.7 billion yuan ($33.82 billion).

The eight inter-city railway projects will have a total length of 1,063 km, with 980 km in Jiangsu, the National Development and Reform Commission said in a statement on its website.