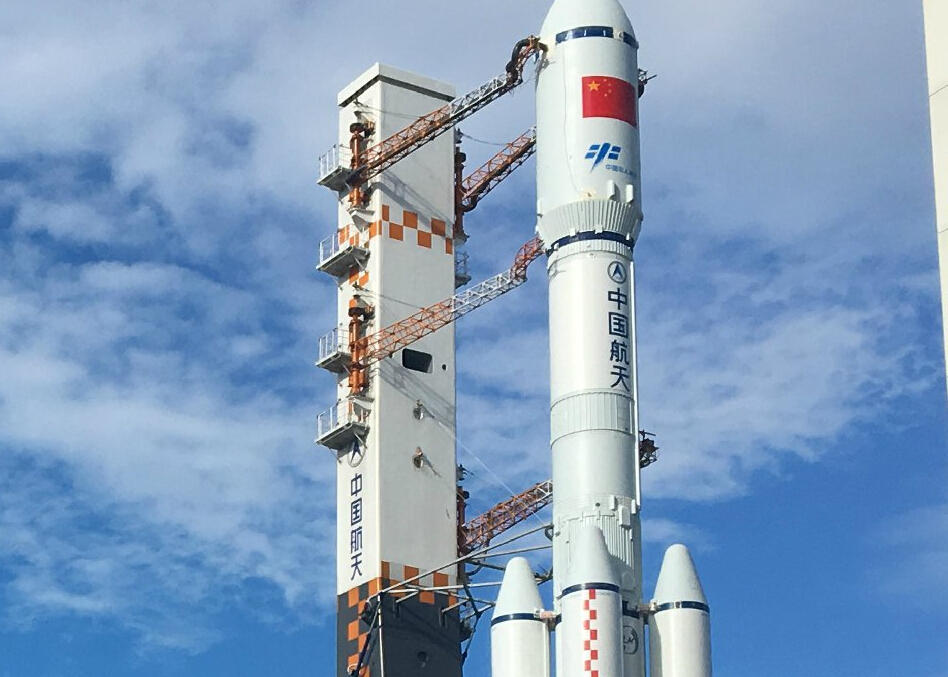 BEIJING, May 1 (Xinhua) -- China plans to launch a Long March-11 carrier rocket at sea this year, which is expected to lower the cost of entering space.

The rocket has been named "CZ-11 WEY" under an agreement between the China Academy of Launch Vehicle Technology, China Space Foundation and a Chinese automobile producer.

China's first seaborne rocket launch is scheduled for mid-2019 in the Yellow Sea, said Jin Xin, deputy chief commander of the rocket, at a press conference of the China Aerospace Science and Technology Corporation earlier this year.

A seaborne launch has many advantages over a land launch. For instance, the launch site is flexible and falling rocket remains pose less danger. Using civilian ships to launch rockets at sea would lower launch costs and give it a commercial edge, said experts.

The seaborne launch technology will help China provide launch services for countries participating in the Belt and Road Initiative.

The Long March-11, with a length of 20.8 meters and a takeoff weight of about 57.6 tonnes, is the only rocket using solid propellants among China's new generation carrier rockets. It has a relatively simple structure and can be launched in a short time.

The rocket can carry a payload of up to 350 kg to a sun-synchronous orbit at an altitude of 700 km and 700 kg to a low-Earth orbit at 200 km. It is mainly used to carry small satellites, and can take multiple satellites into orbit at the same time.

The Long March-11, which made its maiden flight on Sept. 25, 2015, has so far sent 25 satellites into orbit in six launches with high reliability and good performance rates.

In addition, Chinese space experts are also developing the engine for a modified version of the Long March-11 rocket, which is expected to carry up to 1.5 tonnes of payloads to the sun-synchronous orbit at an altitude of 700 km.