China plans to launch first crewed mission to Mars in 2033 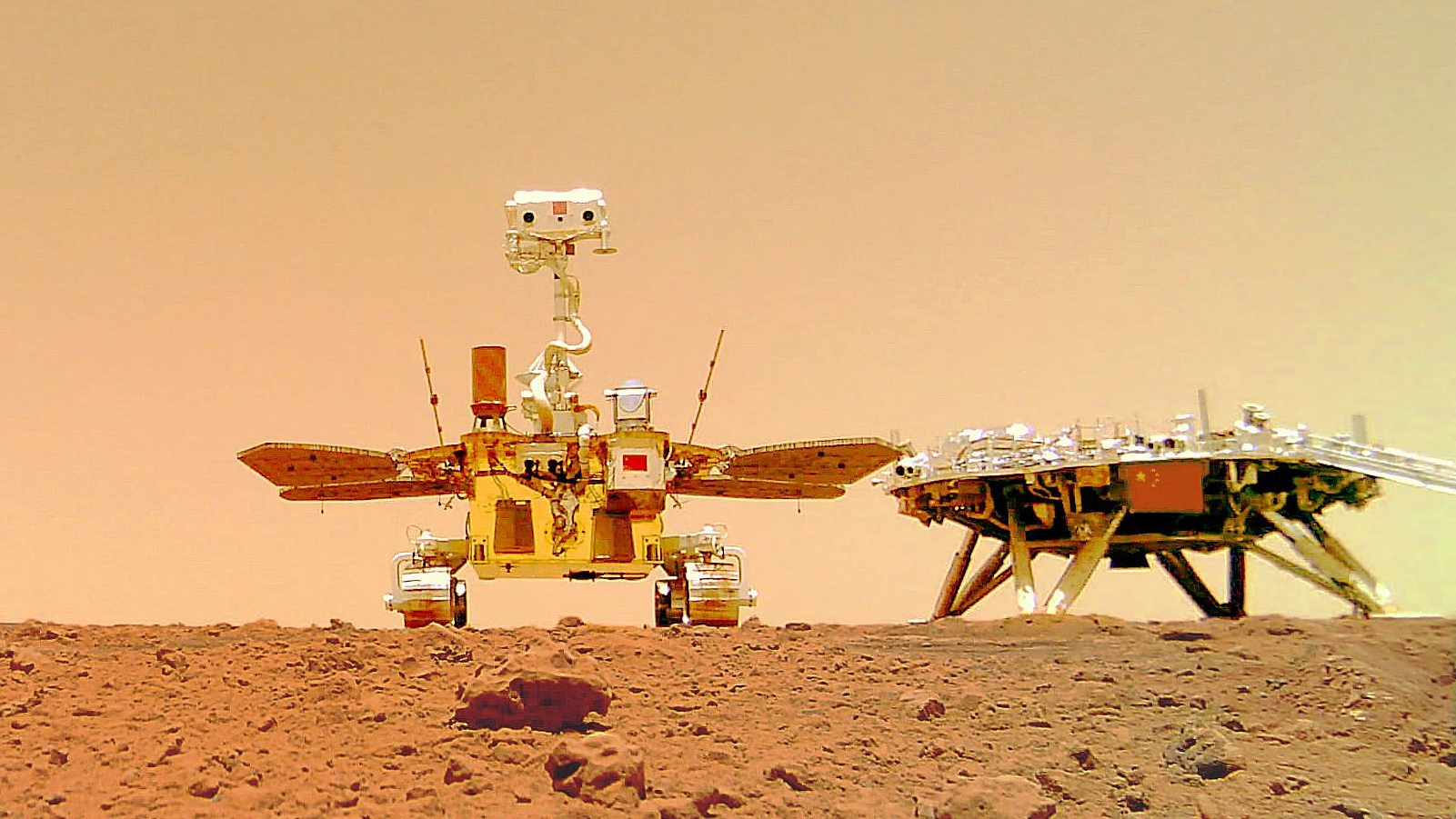 A photo of China's Zhurong Mars rover (L) and the landing platform (R) on the surface of Mars released on June 11, 2021. (Photo: China National Space Administration)

China aims to launch its first manned mission to Mars in 2033 and build a base on the red planet in the following missions, according to the head of the country's major rocket manufacturer.

Wang Xiaojun, head of the China Academy of Launch Vehicle Technology (CALT), outlined the plans in a speech via video link at the Global Space Exploration Conference (GLEX 2021) held between June 14 and 17 in St. Petersburg.

Wang firstly reviewed the Tianwen-1 mission, China's first Mars mission that achieved a successful orbiting, landing, and roving in one go, before he unveiled a three-step roadmap for the country's future Mars expedition.

Step one, at the technology preparation phase, China will send robots to Mars for tasks including returning samples, surveying possible sites for the future base, and building systems to make use of resources on-site.

An uncrewed round-trip mission to collect samples from Mars is expected around 2030, according to Xu Hongliang, spokesperson of the China National Space Administration.

For human inhabitation on Mars, crews will have to be able to use the planet's resources, such as extracting any water beneath its surface, generating oxygen on-site, and producing electricity.

The third step of the plan envisages fleets of spacecraft shuttling between Earth and Mars and large-scale development of the red planet.

Nuclear propellant is an important option for the manned Mars exploration missions, according to Wang.

During the initial stage of manned missions to Mars, the transporting system will include multiple vehicles such as carrier rockets, Earth-to-Mars shuttle rockets, Mars landing and ascent vehicles. Different types of carrier spacecraft will be used at different stages of the missions.