BEIJING, Aug. 13 (Xinhua) -- China pledged on Friday to continue its participation in science-based COVID-19 origin-tracing, urging the WHO Secretariat to fully consult with member states on the global work plan for the issue and carry out effective cooperation. 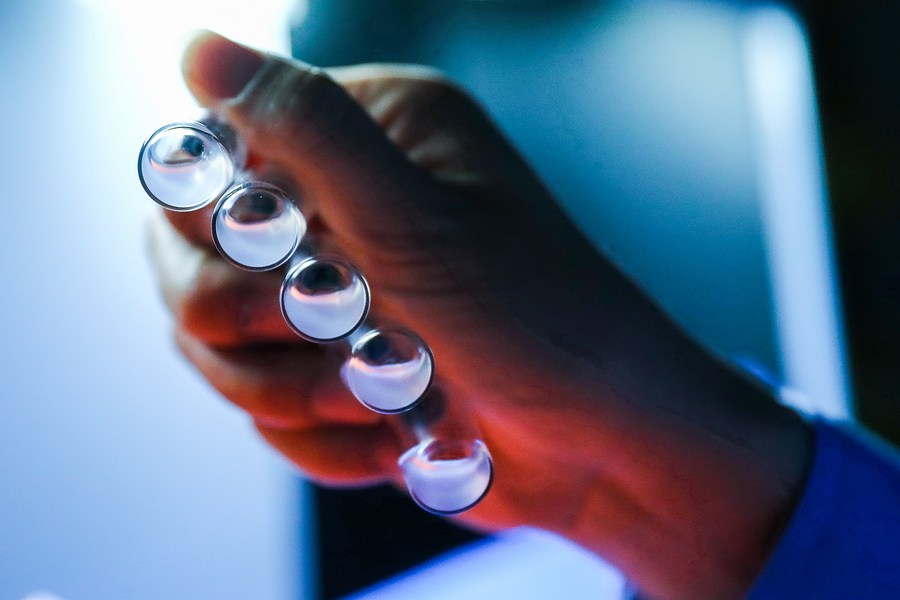 Vice Foreign Minister Ma Zhaoxu made the remarks at a briefing held for foreign envoys stationed in China on the topic of tracing the origins of the virus that causes COVID-19.

"China's stance on global origin tracing has been consistent and clear," Ma said. He pointed out that the issue is a matter of science. It should be and can only be left to scientists to identify, through scientific research, the virus's zoonotic source and animal-human transmission routes.

"No country has the right to put its own political interests above people's lives, nor should a matter of science be politicized for the purpose of slandering and attacking other countries," he said.

He said the findings and recommendations of the WHO-China joint study report are widely recognized by the international community and scientists, and must be respected and implemented by all parties, including WHO.

The future work of global origin-tracing should and must proceed from that basis, instead of reinventing the wheel, he said.

"China always supports and will continue participation in science-based origin tracing," said Ma, adding what China opposes is politicizing origin-tracing, origin-tracing that goes against the WHA resolution and disregards the joint study report.

He said the WHO Secretariat should act on the WHA resolution, conduct thorough consultation with member states on the global origin-tracing work plan, including the follow-up mechanism, and fully respect the views of member states. The plan for origin-tracing involving a particular country must be decided through consultation with the country concerned.

Noting that China attaches great importance to the global origin-tracing study, Ma said the country has been actively cooperating with the WHO on origin tracing from the earliest days of the outbreak, adding that China published the genome sequencing of the novel coronavirus at the first available opportunity, and has twice invited WHO experts for origin-tracing activities.

China is actively implementing the recommendations of the joint research report and is willing to share its results on origin-tracing research with other parties, said Ma.

"Any attempt to overturn or distort the conclusions of the joint study report is political manipulation and disrespect for global scientists and science," said Ma.

He pointed out that the United States ignored the facts and accused China of refusing to cooperate on origin tracing. This amounts to calling white black and confusing right and wrong.

"The label of 'refusing origin tracing' can never be pinned on China. Instead, it is very appropriate for the United States itself," he said.

He said The U.S. side not only secretly uses various means to coerce and pressure the WHO Secretariat and international experts, but also openly uses intelligence agencies to conduct origin tracing.

It is a complete miscalculation to try to use the "presumption of guilt" in dealing with China, he added.

Ma said it is neither scientific nor moral for the United States to hype up the so-called leak of the virus from the Wuhan Institute of Virology with no factual basis at all.

If the U.S. does not harbor a guilty conscience, it should invite the WHO to conduct origin tracing investigations at its Fort Detrick and the University of North Carolina, added Ma.

Andrey Denisov, the Russian ambassador to China, voiced his nation's opposition to politicizing origin tracing and its support for a collaborative, transparent and multilateral approach to such studies.

Awale Ali Kullane, Somalia's ambassador to China, said origin tracing research should be carried out in accordance with the relevant requirements of WHA resolutions.