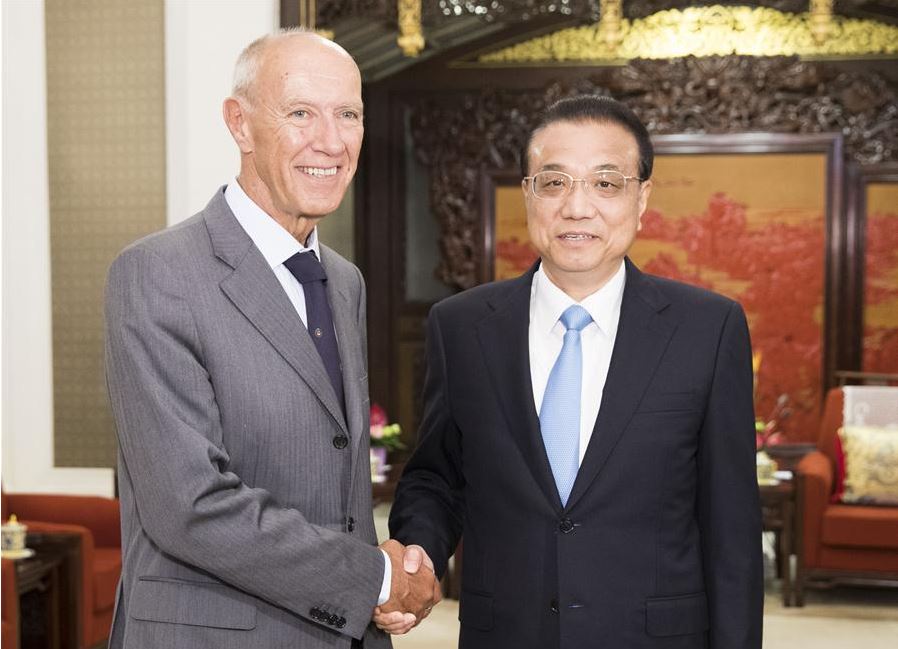 Li said that IPR protection is the cornerstone of the market economy while protecting IPRs is an inevitable requirement for achieving innovative development.

In the context of a new round of scientific and technological revolution, and in the process of economic transformation and upgrading of developing countries, innovation has increasingly become the first driving force for countries to lead development, said Li.

To protect IPRs is to protect innovation and the enthusiasm of innovative talent, he said.

Li said that China now is in the critical stage of upgrading and improving its economy and will adopt a stricter IPR protection system and further improve related laws and regulations.

IPR violations, once verified, will be severely punished, he said, adding that China will treat all domestic and foreign enterprises equally and provide equal protection.

China will never allow compulsory technology transfers, said Li, noting that if any such case is discovered, China will investigate and deal with it according to law.

China is willing to further deepen its cooperation with the WIPO and will maintain support for the WIPO's work, so as to jointly promote the building of open, inclusive, balanced and effective international IPR rules, and make new contributions to improving global governance on IPRs.

Gurry said that in the past 40 years, China established a high-level IPR protection system, which regards intellectual property as the driving force for innovation and economic development, and treats Chinese and foreign companies equally.

Congratulating the rise of China's ranking in Global Innovation Index 2018, Gurry said he believes the country will make further developments in the future.