China's economy is on track for stable growth with leading indicators pointing to steady factory and service sector activities. 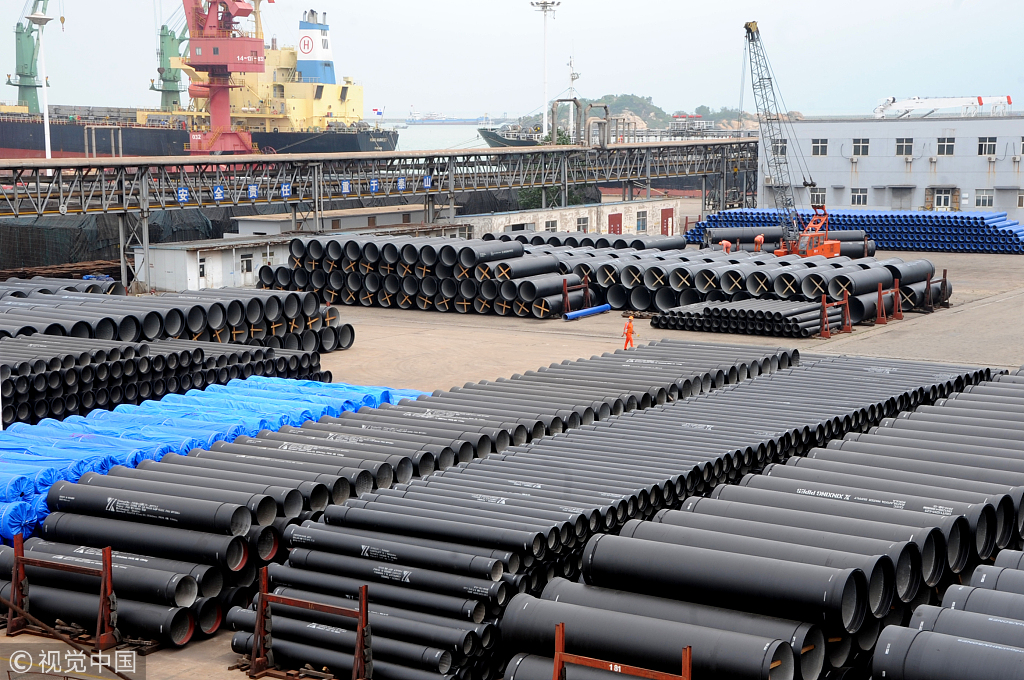 The country's manufacturing purchasing managers' index (PMI) came in at 51.5 in June, above the boom-bust line of 50, the National Bureau of Statistics (NBS) said in a statement Saturday.

While the reading was lower than 51.9 in May, it surpassed an average of 51.3 for the first half of this year, indicating upward momentum, according to the NBS.

Sub-indices for production and new orders in June both stayed above the average reading for the first half, indicating steady growth in both production and demand, according to Zhao.

Wen Tao, an analyst with the China Logistics Information Center, said the industrial structure of the manufacturing sector has improved, with new growth drivers contributing more to economic growth.

In another sign of stable growth, the PMI for the non-manufacturing sector expanded at a faster pace in June, NBS data showed.

The service sector, which accounts for more than half of the country's GDP, showed sound momentum, with the sub-index measuring business activity in the industry standing at 54, unchanged from the reading in May.

Faster expansion was seen in air and railway transportation, telecommunications, and banking, the NBS said.

The construction industry registered faster expansion, with the sub-index measuring business activity reaching 60.7 in June, the highest point this year.

The sub-indices for expectations for business activities stayed above the boom-bust line for all surveyed sectors, indicating optimism among service sector companies.

The NBS data showed that the composite PMI output index came in at 54.4 in June, higher than an average of 54.1 for the first half.

PMI data in the first half showed that the economy has maintained stable growth with structural improvement and better supply quality, Wen said.

China's economy expanded 6.8 percent year on year in the first quarter, above the target of around 6.5 percent.

Stable factory and service activities will continue to drive high-quality growth for the country, Wen said.