CHINA China poised for a spectacular economic recovery; here is why

China poised for a spectacular economic recovery; here is why 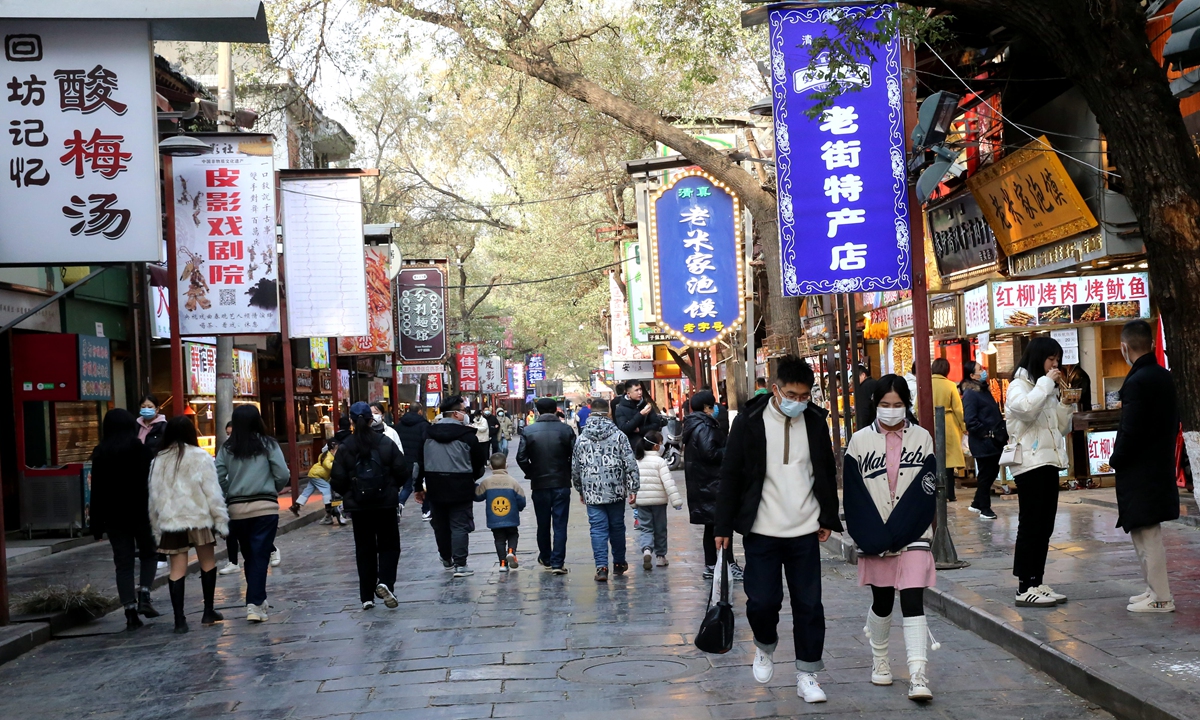 The Joint Prevention and Control Mechanism of the State Council, China's top anti-COVID-19 authority, on Wednesday released ten guidelines on anti-epidemic measures, lifting restrictions on cross-provincial travel and allowing people with mild or asymptomatic infections to isolate at home instead of centralized quarantine. In a major shift, people will no longer be required to show negative COVID-19 test results or green health codes in order to travel between different parts of the country.

This is a milestone that brings the country one step closer to smoother mobility previously restricted for the sake of COVID prevention. While many provincial or lower level governments have already moved to relax certain anti-epidemic restrictions over the past week or so, the announcement on Wednesday is still crucial because it will effectively bring down barriers among different provinces, municipalities and regions and guide more local governments to follow suit.

Much remains unclear as to how fast China will move to reopen fully and what that process will look like, but that clearly has set in motion a full-fledged economic recovery in the world's second-largest economy. And several initial signs show that the rebound will be robust, given that the country will focus on policymaking primarily on the economy, a solid base and elevated expectations.

Already, many are proposing to set the official GDP growth target for 2023 at above 5 percent to guide more resources and efforts toward economic recovery. In a widely circulated article this week, several prominent Chinese economists, including Yao Yang of Peking University, suggested an official growth target of above 5 percent in 2023 to send a clear signal to all sectors to prioritize development and resume economic activities. In light of recent signs of relaxed anti-epidemic restrictions, some overseas institutions have also forecast a GDP growth of 5 percent in China next year.

A growth rate above 5 percent next year would also be reasonable. We will not find out the actual growth target till March 2023, when Chinese policymakers usually release the annual growth target. However, one thing is clear: The world's second-largest economy is about to embark on a rapid recovery path. Certainly, a lot of challenges remain, including geopolitical tensions, disrupted global supply chains and weak external demand. However, unlike other major economies like the US that's facing serious problems in its economic fundamentals, the fundamentals of the Chinese economy are solid.

Despite all of the challenges, especially anti-epidemic restrictions over the past three years or so, China has kept a relatively steady growth and moderate inflation and maintained sufficient policy room for boosting growth when it becomes necessary. There is no reason to believe that China can't mount a world-leading recovery in the months and quarters ahead. In 2021, after the coronavirus was largely reined in, China's GDP growth reached a whopping 8.1 percent following a 2.3-percent growth in 2020.

Above all, we can count on the unique Chinese system to underpin a full-fledged economic recovery. As has been proven time and again over the past several decades, once focused on a task, the Chinese system can always prevail. Meanwhile, the relentless entrepreneurship of the Chinese business community that knows exactly what it takes to not only grab back lost market but actually find new opportunities even during times of crises.

We have already seen that in action over the past several days, even before the major announcement on Wednesday. Last week, even as many were still closely watching the shift in anti-epidemic measures, a business delegation from East China's Zhejiang Province boarded a charter flight and departed for a six-day trip to France and Germany for one purpose: Getting orders. According to various media reports, that's just one part of Zhejiang's efforts to help businesses to reach out to overseas clients. In the coming days and weeks, over 10,000 companies in the province will be organized to attend overseas business activities.

While Zhejiang has always been a pioneer in economic reform and development, but many other Chinese localities are also likely poised to take similar outreaches to bolster economic activities as the whole nation is increasingly focused on economic recovery. An increasing number of signs show that as China moves decisively to get out of the haze of the COVID-19 pandemic, a battle to boost the economic recovery has also begun. It will be nothing short of spectacular, after all, China didn't become the world's second-largest economy and the biggest trading nation for nothing.

Another pillar of the Chinese economy that can be counted on recovering rapidly is consumption, which has been dragging down on overall economic growth over the past years as many consumers were affected by the epidemic. They are ready to go out and spend. On Wednesday, following the announcement of the new measures, searches for air tickets on China's online travel agency Trip.com surged over 160 percent, with searches for travel during the Spring Festival holidays jumping to a 3-year high.