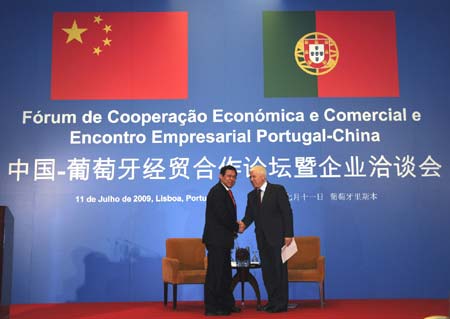 China and Portugal have seen deeper economic cooperation during the past few years, with steady growth in trade and investment, China's Ministry of Commerce (MOC) said Thursday.

"Bilateral investment saw continuous growth. By the end of October, Portugal had invested 210 million dollars in 255 projects in China while Chinese companies have made about 9 billion dollars of investments in Portugal in areas including energy, telecommunication equipment and finance," Gao said.

Businesses of the two sides have also achieved success in cooperation projects outside the two countries, such as energy projects in Brazil, Chile, Mozambique and Angola, which has become a bright spot in bilateral economic ties.

"China is willing to work with Portugal in developing closer trade ties and expanding cooperation in areas including energy, finance and infrastructure," said Gao.