A postal staff shows a first-day cover with two commemorative stamps in Beijing on Friday. (Photo: Xinhua/Li He)

China Post issued a set of two stamps, a postmark and a first-day cover to commemorate the establishment of Xiong’an New Area in Hebei province on December 22.

The two stamps are named “new starting point” and “new mission” respectively. Price of one stamp is 1.2 yuan (about 18 cents). 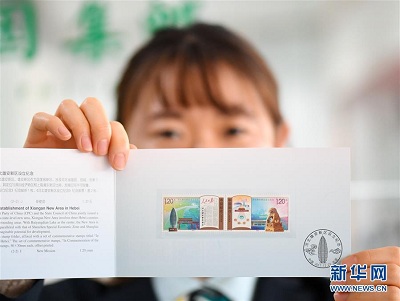 A postal staff shows a set of two commemorative stamps in Beijing on Friday. (Photo: Xinhua/Li He) 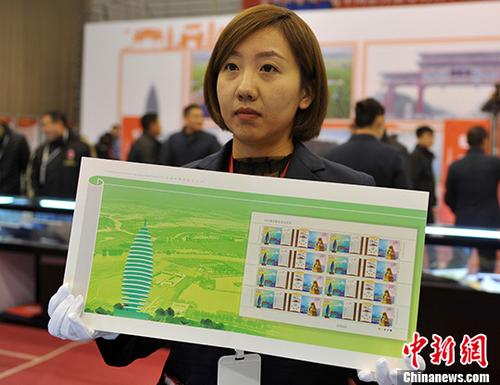