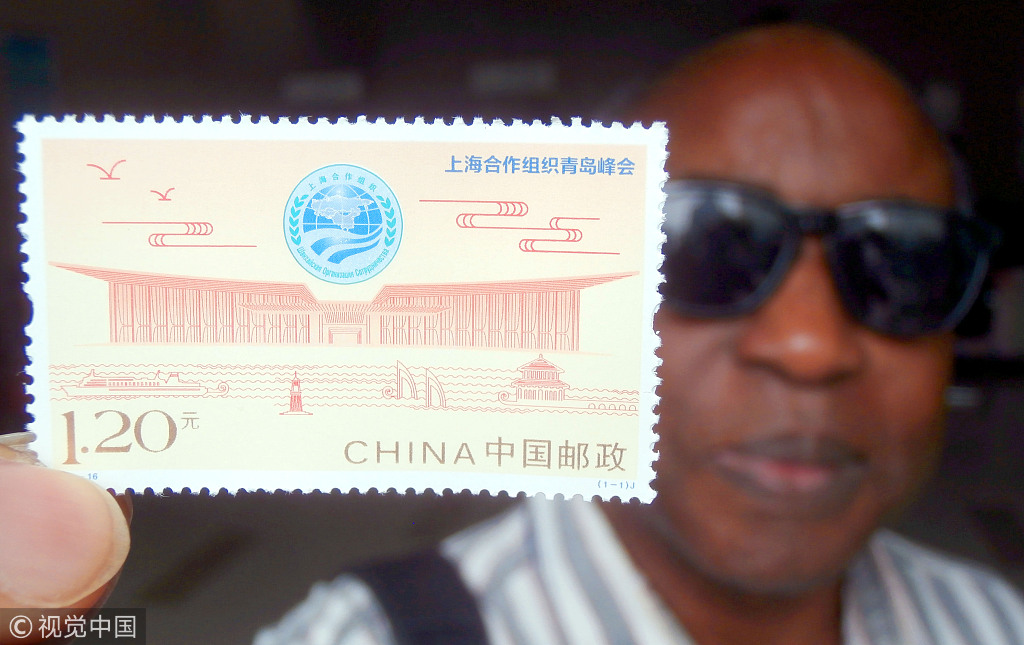 Published for the first time, the commemorative SCO stamp is highly sought-after by philatelists. “Dozens of stamp collectors have been waiting outside  retail stores since yesterday afternoon”,  local media reported, citing staff at the post stations.

The stamp, which has a face value of 1.2 yuan ($19 cents), is centered on the Qingdao International Conference Center, where the SCO summit is to begin hours later.

Established in Shanghai in 2001, the SCO has developed into a comprehensive regional organization, which actively plays a constructive role in regional and international affairs.

The SCO accounts for over 60 percent of the Eurasian landmass, nearly half of the world's population and over 20 percent of global GDP.

As the world’s most populous regional organization, the SCO has eight member states: China, India, Kazakhstan, Kyrgyzstan, Pakistan, Russia, Tajikistan and Uzbekistan, as well as four observer states and six dialogue partners, to disscuss institutional cooperation in fields such as security, economy and people-to-people exchanges.