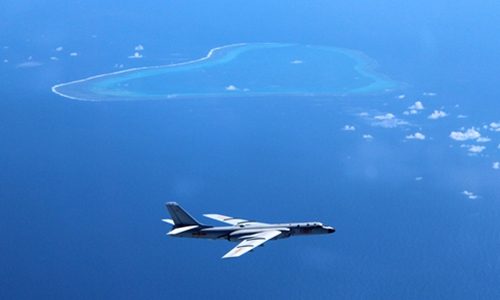 Australia released two papers on Wednesday that define the country's future defense strategy and military development. According to the papers, Australia will invest heavily in the development and procurement of weapons and equipment, including aggressive, long-range items.

These weapon procurement plans have been widely interpreted as being "aimed at China," and Chinese experts said on Thursday that while the Chinese military has no intention of provoking Australia, it is also not afraid of Australian provocations.

A factsheet released by the Australian Defense Department pointed out that Australia is in a "strategic competition primarily between the US and China."

Judging from the specifics of the listed weapons and equipment, analysts noted that they are obviously not intended for homeland defense, but for long-range combat.

Many of these weapons come from the US, so intelligence exchange with the US military will be easy, analysts said, noting that Australia's geographic location means it can become a key base for the US military in the direction of the South China Sea.

Foreign media reports said the military expansion of Australia is aimed at China.

Beijing-based naval expert Li Jie told the Global Times on Thursday that the US sees Australia and Japan as two horns in the West Pacific, and they form a triangle with Guam in controlling the South China Sea, Indian Ocean and West Pacific. Australia has easy access to these three sea regions, so it is in the frontline to support the US.

Other military experts reached by the Global Times pointed out that China and Australia are thousands of kilometers away from each other and have no direct or essential interest conflicts such as territory disputes, and China has no intention of challenging Australia militarily.

But If Australia wants to provoke China, China is also ready to defend itself. Australia is only a follower of the US and its capability in the South China Sea will be limited despite the new plans, they said.

Li said that China may develop defense systems among other measures to deal with potential Australia-US collaboration against it, and China can also take countermeasures in terms of politics, diplomacy and economic measures.