China prepared for mooted US restrictions on Chinese investment: MOC 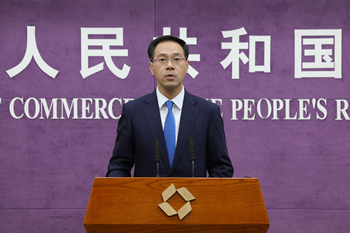 China is well prepared for any US move to set limits on Chinese investment in science and technology, the Ministry of Commerce (MOC) said Thursday.

"We have thought about worst-case scenarios and are well prepared for any possibility," MOC spokesperson Gao Feng told a press conference.

Gao made the remarks when asked about China's response towards the possibility of the US government to further restrict investment from China.

"China is firmly against unilateralism and protectionism of any form," Gao said.

He spoke of contributions made by Chinese investment to employment and economic growth in the United States.

However, "some enterprises have slowed their paces or even canceled their plans for investment in the United States" due to uncertainty in the investment environment, he said.

"We hope the US side do more things that are in line with the law of economic development and conform to the tide of global economy," the spokesperson told reporters.