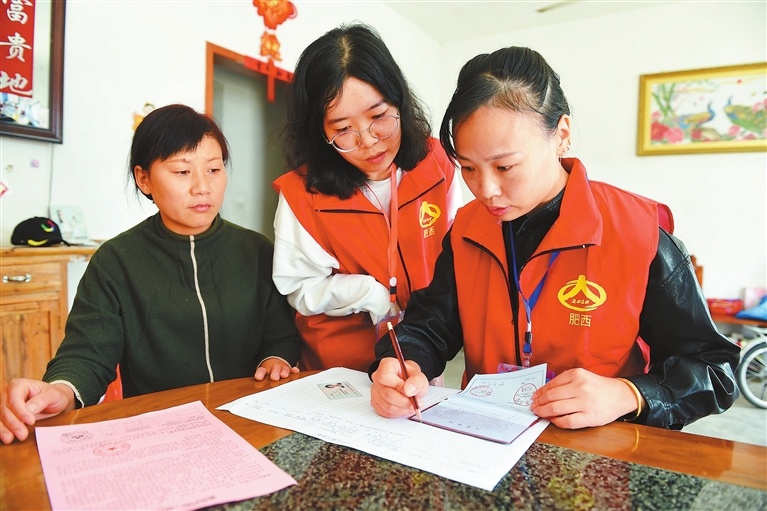 Population census workers visit a home in Feixi County in Hefei City, capital of East China’s Anhui Province, yesterday. China’s seventh national population census will begin Nov. 1. About 7 million staff will visit homes for registration work across the country until Dec. 10. Residents will be encouraged to use mobile terminals such as cell phones to declare personal and family information. The census will collect data including name, ID number, gender, marital details, education, profession and other information about Chinese citizens. China conducts a national population census every 10 years. The last census in the world’s most populous country found its population had increased to 1.37 billion.