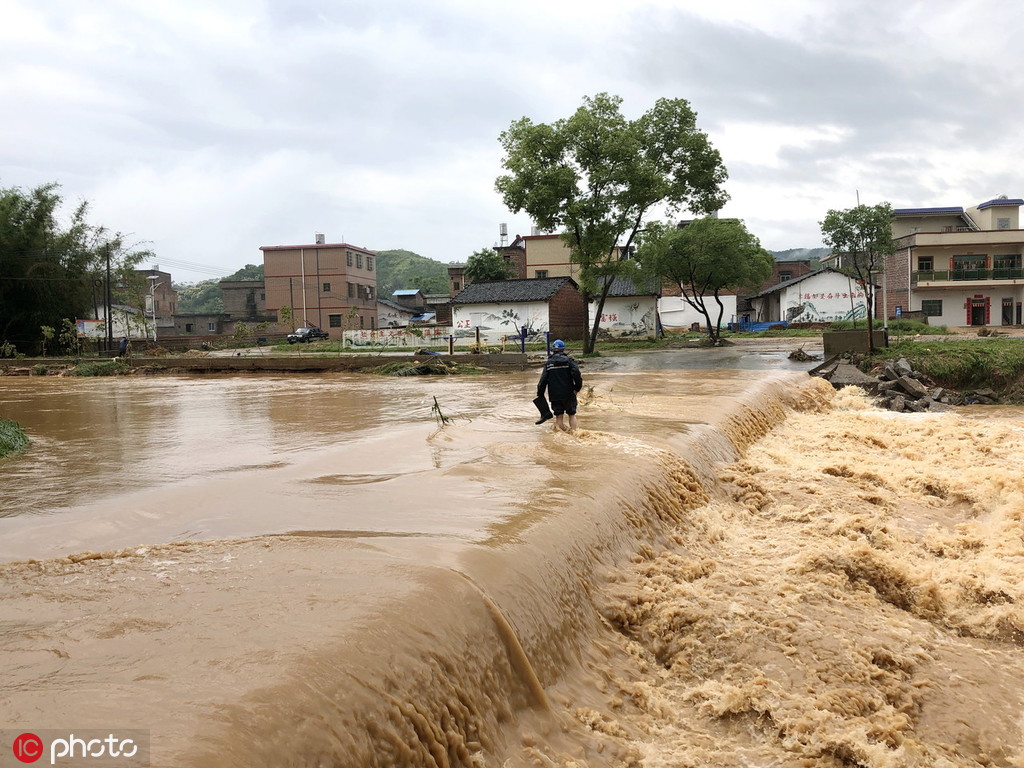 A worker wades through a flooded area to repair electricity equipment in Qingyuan, South China's Guangdong province, on April 19, 2019. [Photo/IC]

Precipitation along drainage area of the Pearl River, the second-largest river in China in terms of run-off volume, is higher than the previous yearly average, said Shu Qingpeng, director of the Pearl River Water Conservancy Commission of the Ministry of Water Resources, at a meeting.

The El Nino effect is likely to continue, he said.

Parts of the areas are likely to see a concurrence of drought and floods, he added.

Chen Wu, commander-in-chief of the flood control authorities along the Pearl River, ordered local authorities to carry out their duties, step up supervision and monitoring and enhance coordination between different areas along the river.

He also required local authorities to prepare for the drought period and ensure the safety of water supply in the Guangdong-Hong Kong-Macao Greater Bay Area.