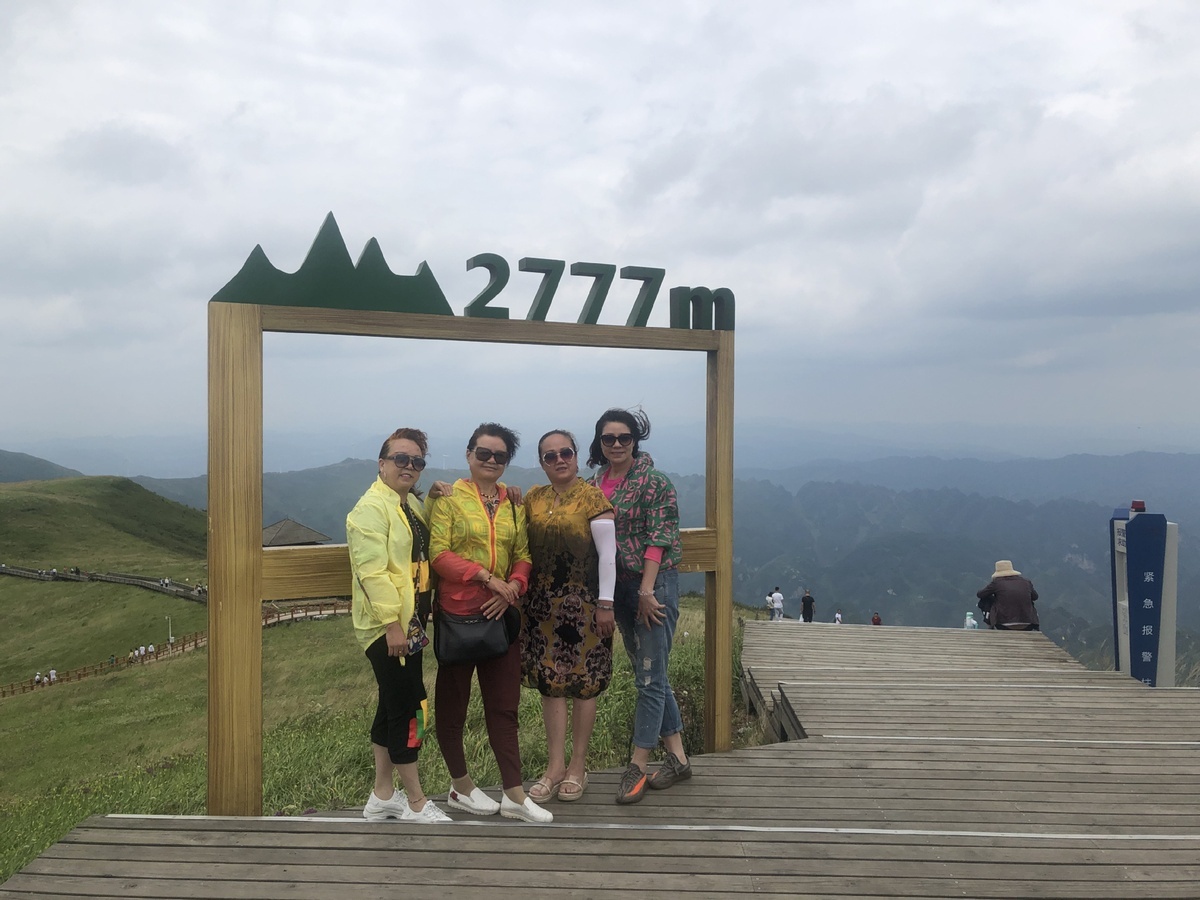 As the epidemic is being effectively contained domestically, tourists fed up with months of staying indoors have started to hit the road as travel restrictions were lifted in large parts of the country. [Photo/Xinhua]

China is gearing up for a surge in domestic tourist trips as the COVID-19 epidemic has been mostly subdued, with high-speed train tickets to many destinations already gone for the first day of the National Day holiday on Oct 1.

According to China's railway ticket-booking website 12306.cn, high-speed train tickets for some train routes－including from Beijing to Harbin, Heilongjiang province, and Changsha, Hunan province－were snapped up only a few hours after the presale period began on Wednesday morning, leaving only a few regular-speed train tickets available.

The robust travel demand is fueled by this year's longer holiday as the Mid-Autumn Festival, which also falls on Oct 1, will overlap with the weeklong National Day holiday, giving people an extended holiday of eight days until Oct 8.

Wu Ruoshan, a researcher at the tourism research center of the Chinese Academy of Social Sciences, said since the Mid-Autumn Festival is a traditional festival for family reunions, a large number of people who have been cooped up in their workplaces for months due to the coronavirus will not miss the opportunity to return home for a get-together.

"China's National Day holiday, also dubbed 'Golden Week' for the tourism and consumption boom, will also see millions of Chinese hit the road for travel," he said, adding that the combined holidays will no doubt create a bigger challenge for the transport system.

Li Bin, 30, who works for an internet company in Chengdu, Sichuan province, has managed his schedule to take an even longer holiday of 10 days and booked a high-speed train ticket to Yunnan province with several friends.

"We have been forming a detailed travel plan for months since it's the longest holiday this year," he said. "As the coronavirus has been contained, we will not waste it by staying at home."

The country's civil aviation sector has also braced for the increase in visitors. Haikou Meilan International Airport in the capital of Hainan province, for example, will add and resume more than 1,500 flights to meet the demand of the travel peak for the National Day and Mid-Autumn Festival holidays.

Hainan－which is developing a free trade port with some favorable policies, including duty-free shopping－has become one of the hottest tourist destinations.

About 1,346 flights are expected to be added connecting Haikou with major tourist cities including Guangzhou and Shenzhen in Guangdong province, Wuhan in Hubei province, and Shanghai. Further, about 180 flights are scheduled to resume operation, according to the airport.

The travel increases during the holiday, which tourism insiders said will be the peak tourism period this year, may also help lift the tourism sector that has been hit hard by disruptions from COVID-19.

Wang Qin, deputy general manager of a travel agency in Liupanshui, Guizhou province, noted that significant pent-up demand in the marketplace for travel will be greatly unleashed during the coming holiday, and more travel agencies will hasten their recovery.

"A growing number of people have been booking trans-provincial group tours. These are clear signs that many consumers have a strong desire to travel again when they are allowed to do so," she said.