China has prevented at least 200 million COVID-19 infections and 3 million deaths because of its full implementation of a dynamic zero-case policy, Wu Zunyou, Chief Epidemiologist at the Chinese Center for Disease Control and Prevention (CDC) said during the annual conference of Caijing magazine on Sunday.

The policy is China's magic bullet for controlling the epidemic, said Wu. 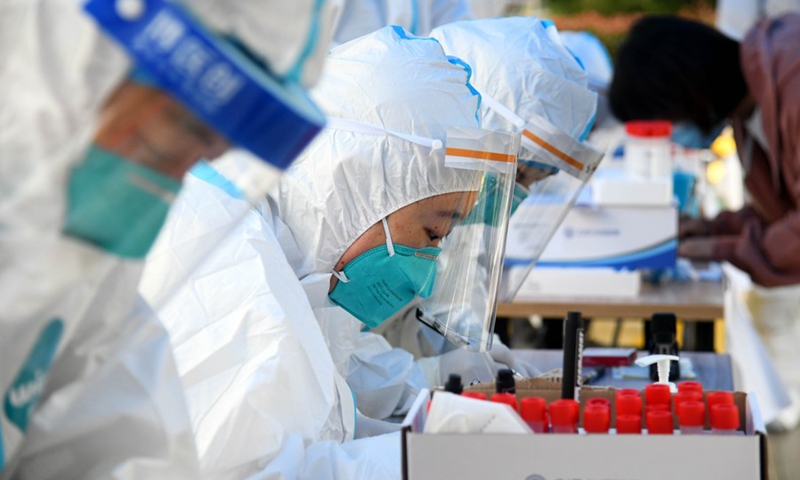 After presenting these figures, Wu pointed out that zero-case policy and entry restrictions are the core of China's epidemic prevention strategy which must be followed during winter and spring.

The US proposed a prevention and control strategy that requires the vaccination certificate and a negative nucleic acid test performed 72 hours before travelling to enter the country which some European countries have followed.

However, "China cannot follow suit. For the US and the vast majority of European countries, the number of domestic patients is much larger than the number of patients coming from abroad. So, this strategy has no impact on their epidemic at all," Wu said, adding that "in China, there has not been any domestically originated outbreak for a long time. If we apply this strategy, our efforts in the past two years will be useless."

The CDC recently published an article titled On Coexistence with COVID-19: Estimations and Perspectives, which predicts that if China adopts the epidemic prevention strategy of some countries like the US, UK, Israel, Spain and France, the number of new infections is likely to reach hundreds of thousands per day with about 10,000 seriously ill cases. This will have a devastating impact on the medical system and cause a huge disaster in the country.

China is by far one of the best countries in the world in terms of epidemic prevention with fewer than 100,000 infections and less than 5,000 deaths in total. Meanwhile, the US has registered more than 48 million infections and 777,000 deaths, and the UK 10 million cases and 145,000 deaths.

China has not yet relaxed its travel restrictions on foreign visitors and it will not occur soon, experts told the Global Times.

A quarantine-free opening to foreign visitors in the short term would have an incalculable negative impact on China's domestic epidemic prevention and previous outbreaks abroad have repeatedly demonstrated that cold temperatures in winter tend to cause a strong rebound in the epidemic, observers said.

After opening their borders, many countries have seen a COVID-19 resurgence in varying degrees. Many EU countries are being hit by a serious rebound as winter comes to the northern hemisphere and tropical countries like Singapore are also experiencing a surge in cases.