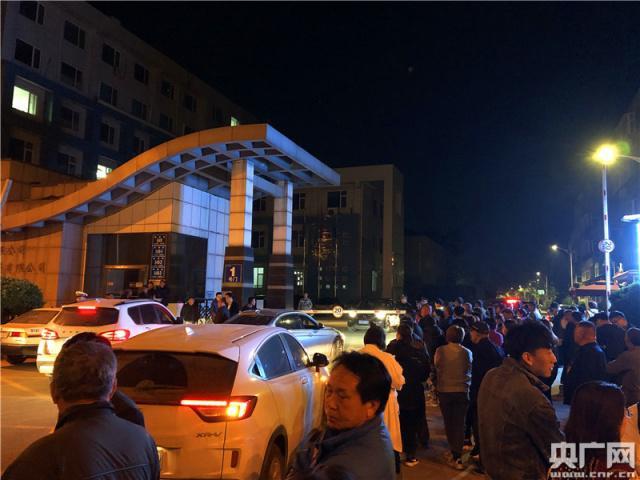 People gather in front of the gate of Qilu Tianhe Pharmaceutical in Jinan, Shandong Province, after an accident occurred on Monday, April 15, 2019. (Photo: cnr.cn)

The team, after inspecting the site of the accident, has demanded a timely investigation into and proper handling of the case, according to the city government of Jinan.

The accident occurred at 3:37 p.m. on Monday when welding sparks ignited a heat-transferring substance, generating smoke in the basement of Qilu Tianhe Pharmaceutical.

Eight people who were working on a pipeline renovation project suffocated to death on the spot, and two others died despite emergency medical treatment. Twelve rescuers also sustained minor smoke inhalation injuries.