BEIJING, March 31 (Xinhua) -- China has kicked off a campaign to promote paying tribute to revolutionary martyrs as Tomb-sweeping Day draws near. 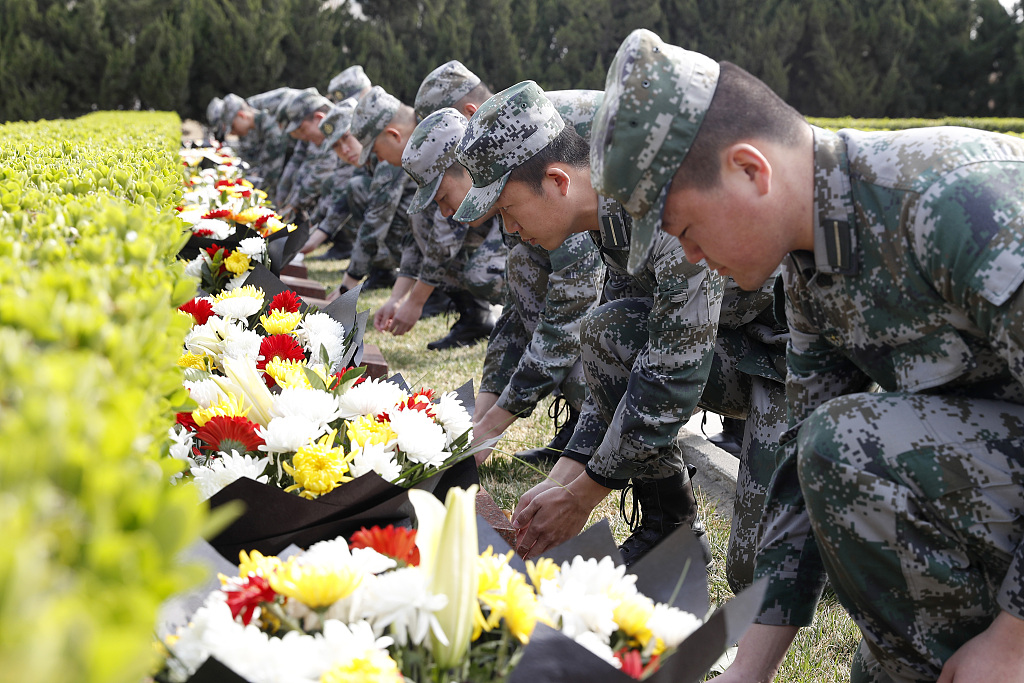 Over 70 national defense students from Tianjin University of Science and Technology attend a tomb-sweeping activity in the Tanggu Martyrs Cemetery on March 28, 2019. (Photo: VCG)

The Ministry of Veterans Affairs has launched online and new media platforms for paying tribute, which has drawn millions of visitors.

The campaign is aimed at combining educational activities with paying tribute, according to a notice jointly issued by 10 departments, including state ministries and departments under the Communist Party of China Central Committee and the Central Military Commission.

The campaign will last until early May for the 100th anniversary of the May 4th Movement, a patriotic campaign launched in 1919 by young Chinese to fight imperialism and feudalism.

Tomb-sweeping Day, also known as Qingming Festival, falls on April 5 this year. It is a traditional Chinese holiday where people pay tribute to deceased family and friends.