LONDON, April 6 (Xinhua) -- The China-proposed Belt and Road Initiative (BRI) has brought hundreds of billions of dollars to the developing world in the form of infrastructure, public health and digital connectivity, and been "avidly welcomed" in "Global South", an opinion piece published by The Guardian has said.

"These essential investments have been neglected by western investors and development agencies for decades," noted the article on Monday co-authored by Tobita Chow, director of Justice Is Global, a project of the U.S. organization People's Action, and Jake Werner, a Global China post-doctoral research fellow at the Boston University Global Development Policy Center. 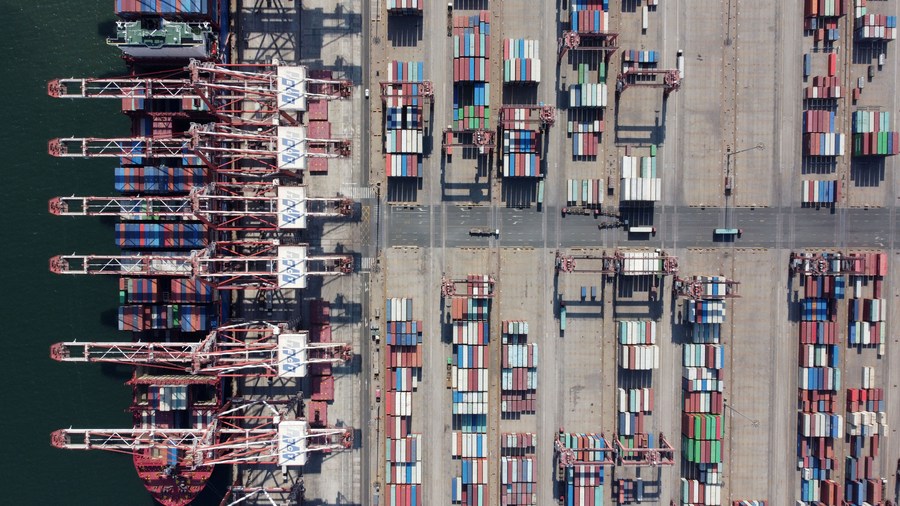 "China's global vision in some ways challenges the power of the rich countries and the free-market principles of the liberal international order, but it also holds out the promise of solving some of the most intractable and destabilizing problems facing humanity," the article said.

"Far from imposing a new global order, China is inviting the West to work together on reforming the status quo," it added.

The article also called for greater U.S.-China cooperation on infrastructure and other global public goods, noting that it "would both benefit developing countries and point towards a just, sustainable and peaceful alternative to escalating great power rivalry."