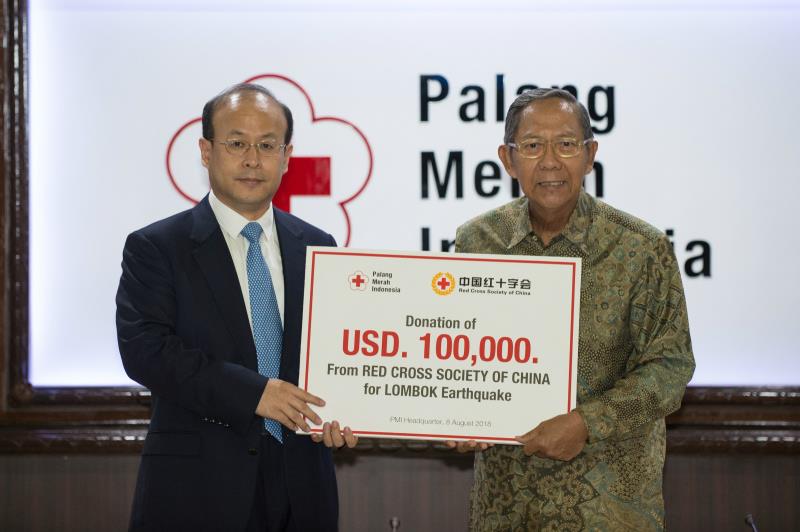 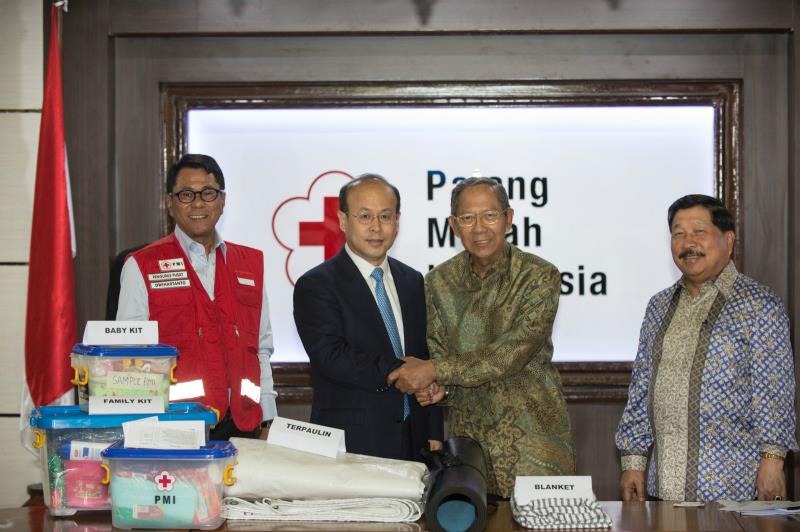 Bangkok (People’s Daily) – During a donation ceremony held Tuesday, it was announced China’s Red Cross and the Chinese embassy in Jakarta had donated $100,000 in emergency aid and supplies to the victims of the recent earthquake that struck Lombok Island, Indonesia.

Xiao delivered an address and said the earthquake, which struck Lombok Island in West Nusa Tenggara Province on Sunday, had claimed the lives of many and caused massive destruction.

The ambassador stressed the Chinese government and everyone throughout China were deeply concerned about the well-being of the earthquake's survivors.

Chinese President Xi Jinping offered his condolences to the victims and their families on behalf of the Chinese government and its people in a message to Indonesian President Joko Widodo.

Xiao said the Chinese embassy will provide 2,000 tents, floor mats, and 5,000 blankets to the victims through the Indonesian Red Cross. The provisions will be delivered to the victims as soon as possible to provide support during relocation efforts.

Xiao said that the Chinese and Indonesians have long enjoyed a tradition of looking out for one another.

Sunday’s earthquake trapped over 40 Chinese tourists in the island region. Thankfully, and through the joint efforts of both countries, the Chinese visitors were safely evacuated.

“I am grateful for the help provided by the Indonesian side,” said Xiao, adding that under the strong leadership of President Widodo, and volunteer relief efforts from the Indonesian Red Cross and local citizens, the victims throughout the disaster areas will be able to rebuild their homes as quickly as possible.

“China will continue to provide assistance to the victims in the damaged areas in accordance with their needs,” Xiao concluded.