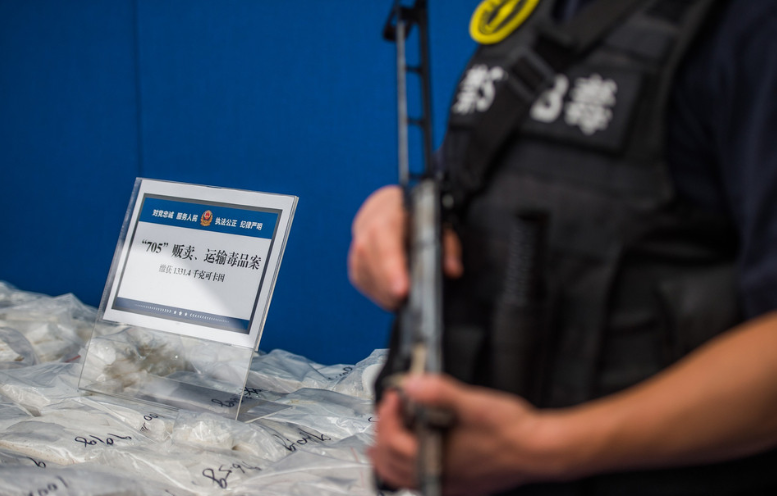 The handling of the cases was a huge blow to the flagrant maritime drug-related criminal activities conducted by transnational and cross-border drug syndicates, according to an official at the ministry.

To crack down on such crimes, the MPS Narcotics Control Bureau established a maritime drug law enforcement cooperation mechanism with the Chinese Coast Guard, joining forces with local drug enforcement police in the fight, the official said.

In a case coded "406," a task force involving the Chinese Coast Guard and the police of Hong Kong Special Administrative Region was set up in January 2017 to carry out investigations and raids, arresting more than 80 suspects on the Chinese mainland and in Hong Kong, dismantling a drug den, and seizing 2.4 tonnes of methamphetamines and five vessels used to transport the drugs.

In January, the task group intercepted a drug-trafficking vessel bound for Southeast Asia, despite the suspects' desperate attempt to set the vessel on fire.

In another case, the MPS received information from the Peruvian police in November 2017 that a cargo ship bound for China's northern city of Tangshan was suspected of carrying drugs.

The MPS Narcotics Control Bureau then instructed the drug enforcement police in Hebei Province to secretly hunt down the cargo ship, resulting in the seizure of 116.9 kg of cocaine.

Later that month, a task group arrested six suspects who approached the vessel to pick up the drugs, successfully concluding the transnational cocaine smuggling case.