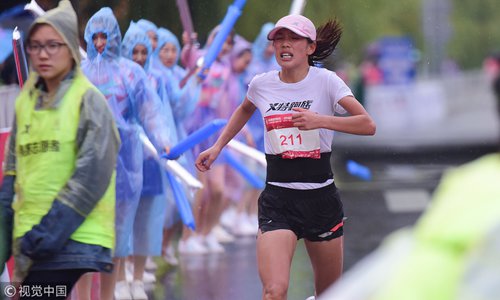 The Chinese Athletic Association (CAA) announced its decisions regarding several marathon violations that occurred in 2018.In order to strengthen discipline and safeguard fair competition, CAA has decided to disqualify the organizing committees involved in several notorious incidents from participating in the 2018 Marathon rankings. Incidents include a flag-passing mishap during the Suzhou Taihu International Marathon, a cheating scandal in which a great number of runners took shortcuts during the 2018 Shenzhen International Marathon and a staff member stopping an Ethiopian athlete at the finish line to take a photo during the Nanning International Marathon.The organizing committees are required to submit a written rectification report to the CAA within a specified time limit.In addition, CAA issued a warning and punishments to operating companies involved in the violations. It will consider whether to impose additional penalties depending on the rectification reports of the aforementioned organizing committees and companies.The move comes as the marathon craze continues to grow in China and aims to strengthen supervision of organizing committees and operating companies. The CAA stated that it is time to regulate the marathon industry in China and to promote the healthy and orderly development of the sport.