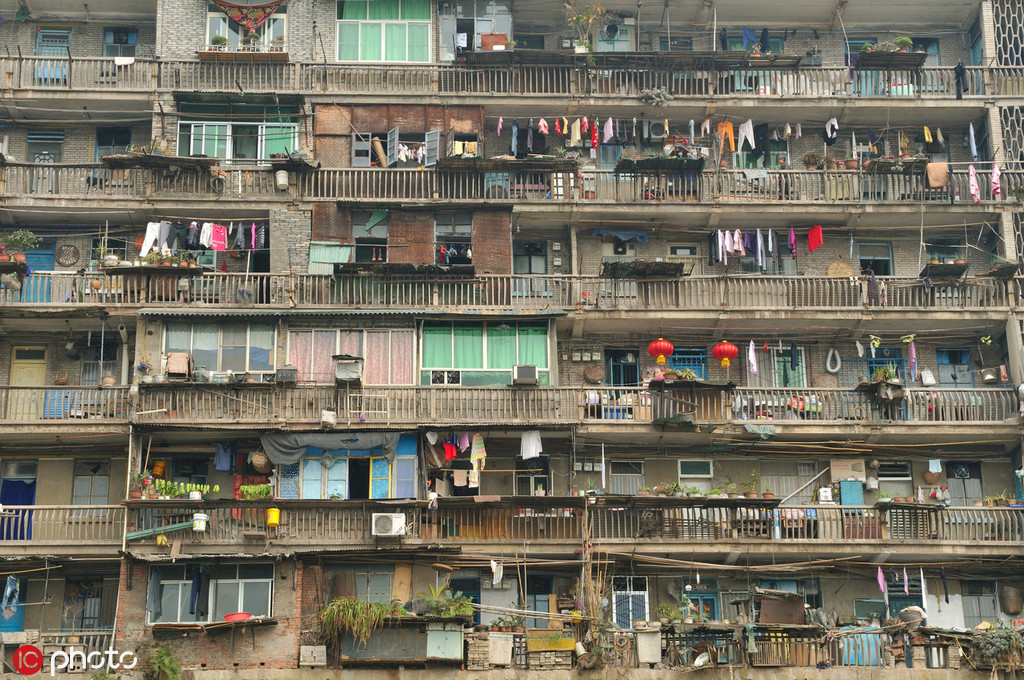 China is pushing forward a national initiative to renovate aging urban residential communities as a way of improving the living conditions of hundreds of millions of people as well as shoring up the economy.

Vice-Minister of Housing and Rural-Urban Development Huang Yan said on Monday at a news conference that as of the end of May, local governments had reported 170,000 urban communities in need of renovation, covering about 100 million residents.

Huang said many of the communities were built decades ago and several facilities are aging and crumbling.

In March, Premier Li Keqiang said in the Government Work Report that authorities would support the renovation of old urban residential communities across the country this year.

On June 19, Li presided over an executive meeting of the State Council which called for speeding up the work. Renovations would prioritize upgrading roads, water supplies, electricity, gas and internet services.

In communities where conditions permit, elevators will be installed and parking lots built, according to a release from the meeting.

Huang said such an initiative is also beneficial to the country's economic growth.

"Our pilot programs in some cities proved that the renovation of old urban residential communities has not only helped improve people's livelihoods and increased their sense of happiness and security, but also served as an important measure to expand investment and stimulate domestic demand," she said at the news conference organized by the State Council Information Office.

The ministry launched a pilot program in 2017 in 15 cities－including Xiamen, Fujian province and Guangzhou, Guangdong province－that benefited 59,000 residents in 106 communities by the end of last year.

Huang said the innovation will be subsidized by the central government, and residents and companies involved will also contribute their share.

She said total investment will be "huge" nationwide if all the costs of renovation, operations of new facilities and supplies for urban public services are taken into consideration.

In a signed article published by the official website of the State Council in March, Qiu also suggested making good use of the 500 billion yuan allocated for the public housing maintenance fund in government accounts.

Currently, people are obliged to contribute to the fund when they buy new apartments and homes. The fund is used to renovate public areas in communities after proper approval procedures.

Huang acknowledged on Monday that "fund collection could be very complicated and comprehensive, which calls for a multisource financing mechanism".

She said the ministry will work together with other relevant government bodies to conduct joint research to maximize renovation efforts.