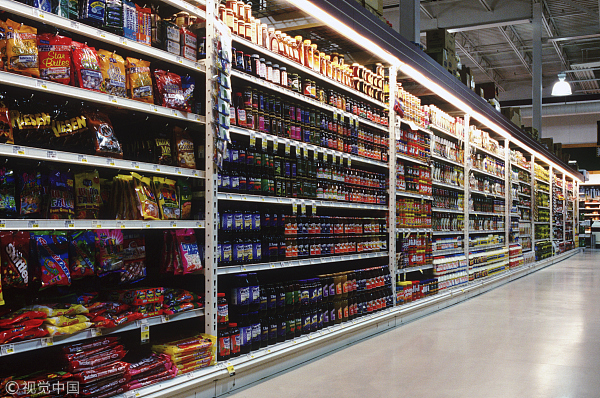 Tariffs on 1,449 taxable consumer goods were reduced from an average rate of 15.7 percent to 6.9 percent, including home appliances, food and beverage, cosmetics and medicines, according to the Customs Tariff Commission of the State Council.

It was the fifth round of tariff cuts for consumer goods since 2015.

"Significantly reducing the import tariffs for daily consumer goods is conducive to expanding China's opening-up and serves as a major measure and action of the country's initiative to open its market," the commission said earlier in a statement.

Meanwhile, vehicles and auto parts also saw marked tariff reductions. The 20-to-25-percent tariffs for cars were cut to 15 percent, and duties on auto parts were lowered to 6 percent from the previous levels of 8 to 25 percent.

The move was part of China's recent measures to further open up its economy, as the country embraces the 40th anniversary of the reform and opening-up drive, the first and foremost factor behind its economic success.

China has been the world's second largest importer of goods for nine consecutive years, and took 10.2 percent of global imports last year. Chinese authorities expect the country to import goods worth 24 trillion U.S. dollars in the next 15 years.

The first China International Import Expo will be held in Shanghai in November to push forward trade and economic growth.