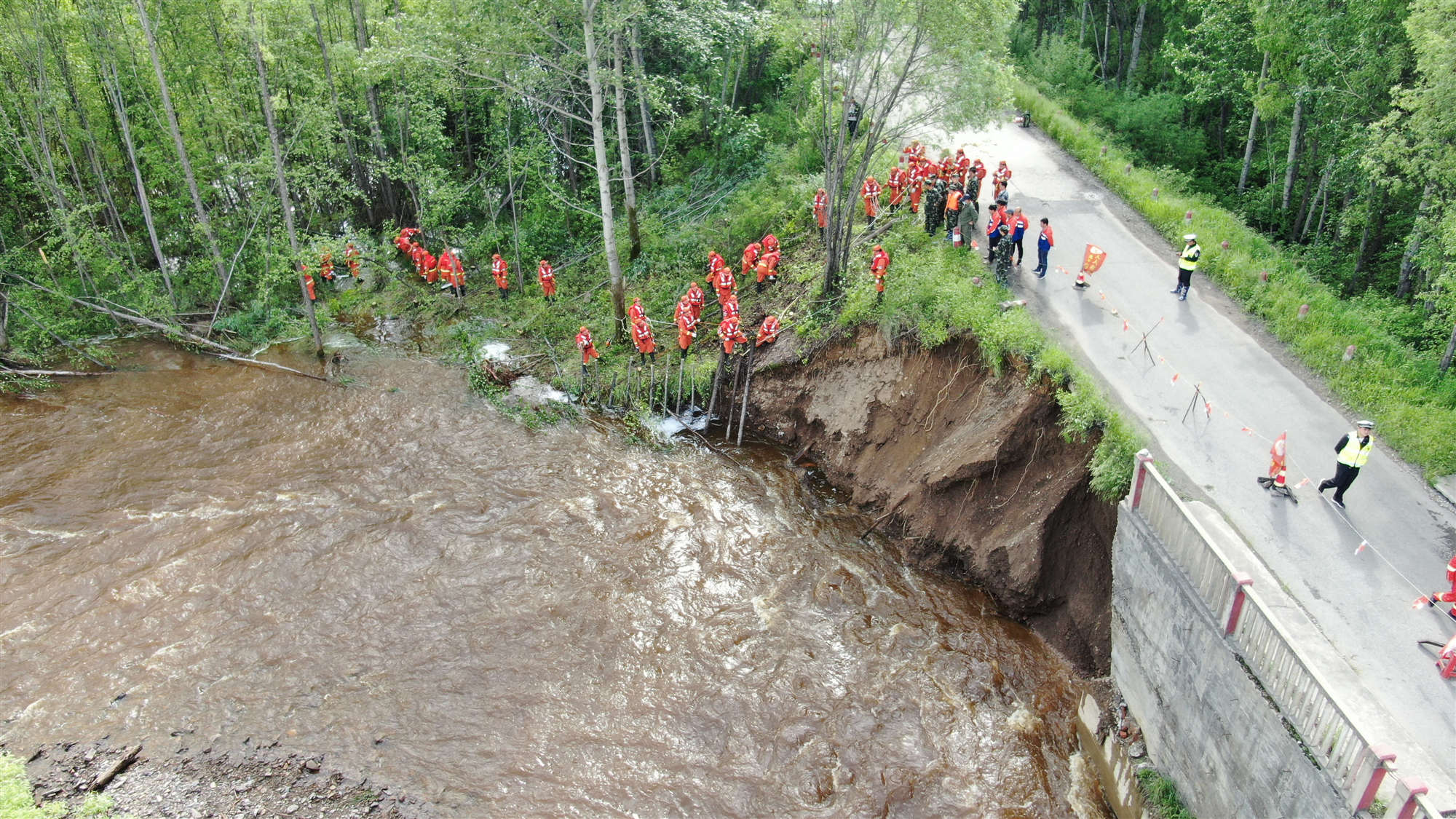 The water level in parts of the upper reaches of the Heilongjiang River has exceeded the warning level, while some sections have surpassed the safety guarantee level, according to the Ministry of Emergency Management.

The flood peak has also reached the warning level on the Nenjiang River in northeast China, said the ministry.

Two working groups and one expert group have been dispatched to Heilongjiang and Inner Mongolia to assist local authorities with flood control and rescue.

Heavy rainfall will hit parts of China's southern region from Tuesday to Thursday, according to meteorological forecasts.