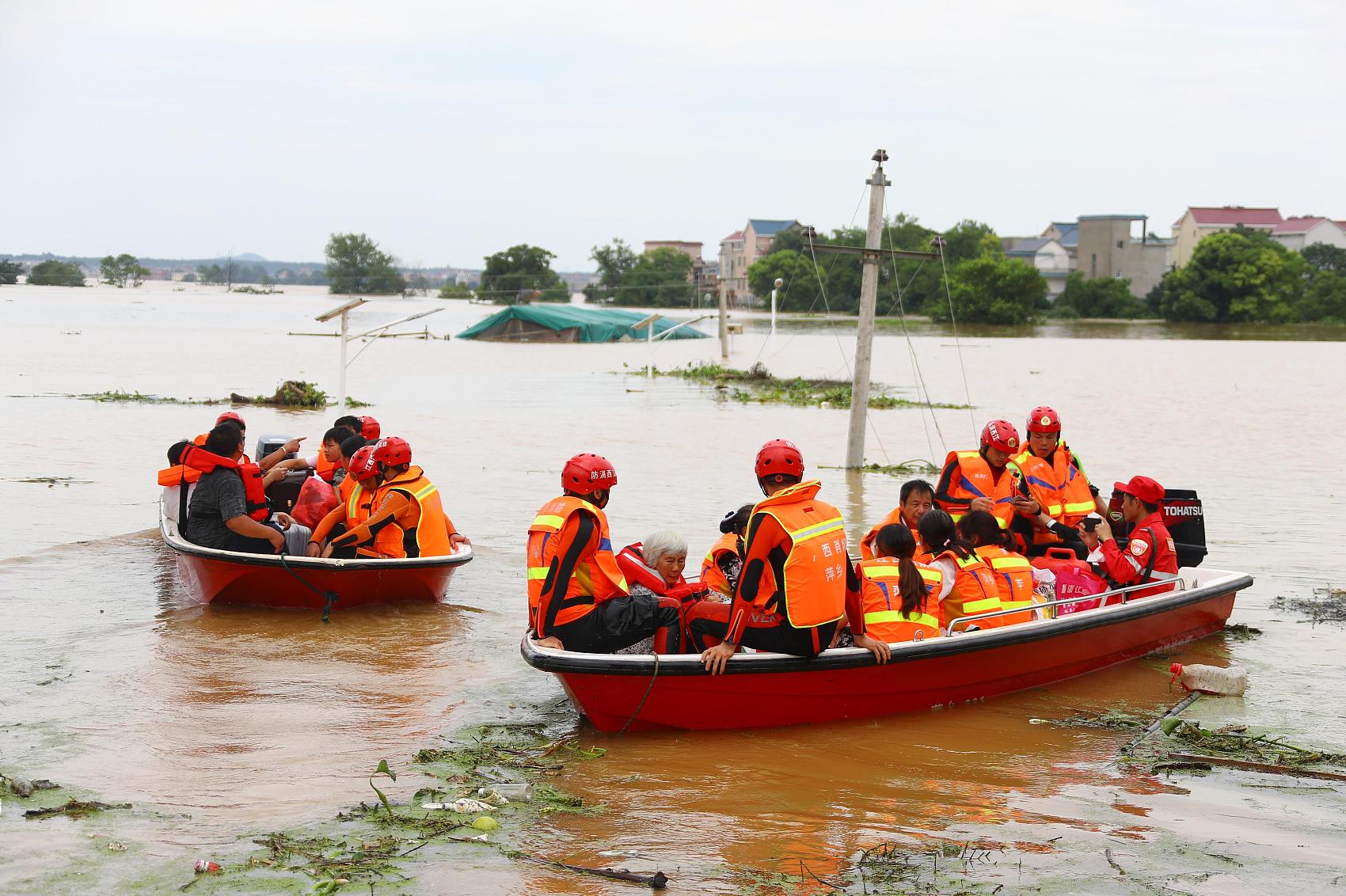 BEIJING, July 12 (Xinhua) -- China's Ministry of Water Resources (MWR) on Sunday raised the emergency response for flood control to Level II, the second-highest in the response system, as heavy downpours continued to lash vast stretches of the country.

Since July 4, alert-triggering floods have been observed in 212 rivers nationwide, among which 19 topped previous water level records, according to the MWR.

The water level in Taihu Lake, the country's second-largest freshwater lake, has risen above the alert level for 15 consecutive days, said the MWR.

The announcement came after Poyang Lake, China's largest freshwater lake located in the eastern province of Jiangxi, saw its water level at the Hukou station nearing the guaranteed level of 22.5 meters at 4 p.m. on Sunday, indicating an extraordinary emergency of flood control.

Due to severe flooding, the headquarters, the Ministry of Emergency Management, and the National Food and Strategic Reserves Administration on Sunday allocated disaster-relief supplies like tents, blankets, and fold-up beds to the provinces of Jiangxi, Hunan, and Guizhou.

By noon on Sunday, floods in 27 provincial regions, including Jiangxi, Anhui, and Hubei had resulted in the deaths or disappearance of 141 people, and 2.25 million emergency relocations this year. Around 28,000 homes were flattened and 3.53 million hectares of crops affected, with the direct economic loss at 82.23 billion yuan (about 11.76 billion U.S. dollars).

China has a four-tier flood control emergency response system, with Level I representing the most severe.