China on Tuesday upgraded its emergency response to flood control from Grade Ⅳ to Grade III, the third-highest of the four-tier system. 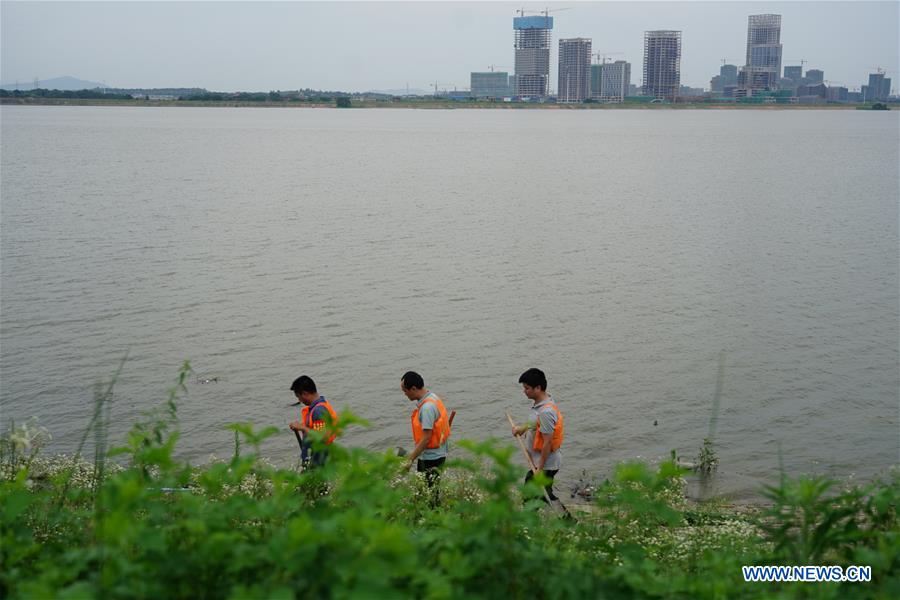 Additionally, nine working teams have been dispatched to several provinces including central China's Hunan and Hubei in the wake of the flood season, according to the Office of State Flood Control and Drought Relief Headquarters.

So far, a total of 13,177 professional rescuers have been dispatched across the country.

At least 3,200 rescue operations have been carried out during the flood season nationwide and rescued over 6,400 people so far.

On June 11, an official from China's Ministry of Water Resources said a total of 148 rivers were struck by above-warning-level floods as China entered the main flood season.

As heavy rainfalls continue and water levels in local rivers and lakes keep rising, several Chinese regions have raised their flooding response levels in the past few days.

The Anhui provincial meteorological service on Sunday raised the rainstorm response to the second level from the third level.

Due to severe flooding, Shexian County in Huangshan City even rescheduled Tuesday's national college entrance examination, or Gaokao, as most students were unable to reach their exam venues on time.