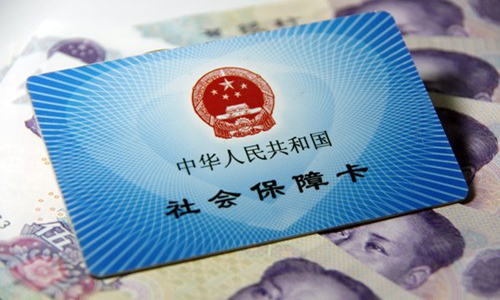 China has raised basic pension payments for retirees in 2020 by 5 percent, a 16th consecutive year of increase, as the government wants to ensure the livelihood of the elderly in the country not to be eroded by inflating prices.

The increase was not affected by the temporary economic downturn due to the novel coronavirus impact and is mainly related to annual economic growth and inflation levels said an expert.

From the beginning of this year, the average monthly payment for pensioners who had worked in enterprises, government agencies and public institutions will be raised by 5 percent from the 2019 level, the Ministry of Human Resources and Social Security said on Friday.

The increase, the same percentage as last year's, is closely related to China's yearly GDP growth and the consumer price index (CPI) rise, which was up 2.9 percent year-on-year in 2019, Dong Dengxin, a pension policy expert, told the Global Times on Saturday.

On Friday, the Chinese economy reported its worst quarterly decline in 40 years by dropping 6.8 percent year-on-year. The economy is striving to fully resume economic activities from a nearly national halt and continues to implement continuous virus control measures. Facing unprecedented challenges, measures to support household consumption are seen as critical to achieving a fast economic recovery.

The temporary impacts, though severe, will not affect the routine adjustment to pension payments, Dong noted, adding that the payment level in the future is expected fall to a level higher than CPI and lower than GDP growth.