CHINA China ranks third on Gallup’s law & order index, much higher than US

China ranks third on Gallup’s law & order index, much higher than US 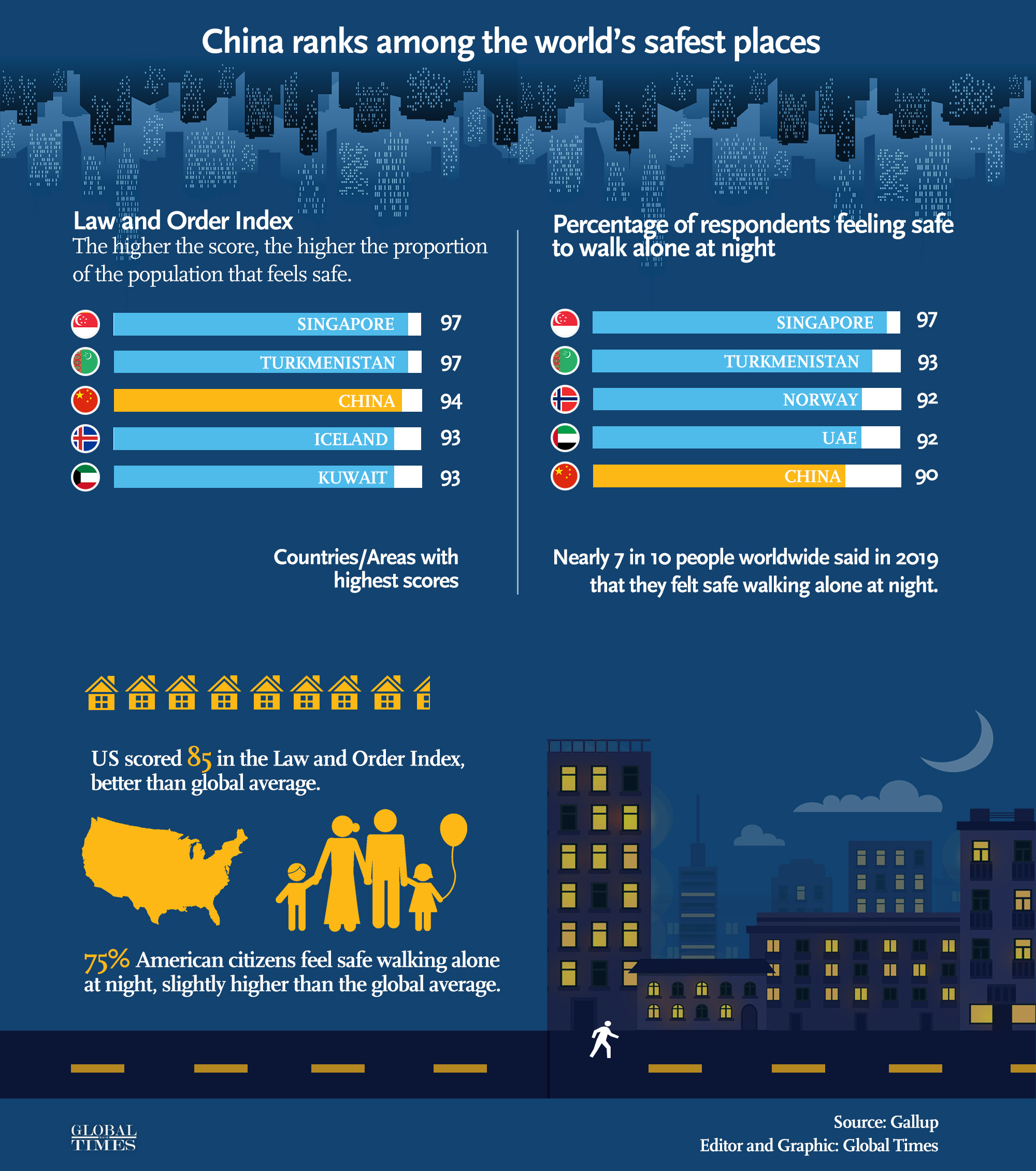 China ranks third in the Law and Order Index issued by Gallup in its latest report, and 90 percent of the Chinese participants "feel safe walking alone at night in their area," with analysts saying that the report shows that Chinese people are confident in public security and order in their country.

According to Gallup on Tuesday, the Law and Order Index is a composite score based on people's reported confidence in their local police, their feelings of personal safety, and the incidence of theft and assault or mugging in the past year.

The higher the score, the higher the proportion of the population that reports feeling secure. The index score for the world in 2019 was 82 out of 100 - unchanged from the previous year. Ninety countries posted scores lower than this average. China received 94 and ranks third on the list, following Singapore and Turkmenistan, which both received 97. The US scored 85.

The results are based on telephone and face-to-face interviews with approximately 1,000 adults in each country, aged 15 and older, conducted throughout 2019 in 144 countries and areas, Gallup's report said. 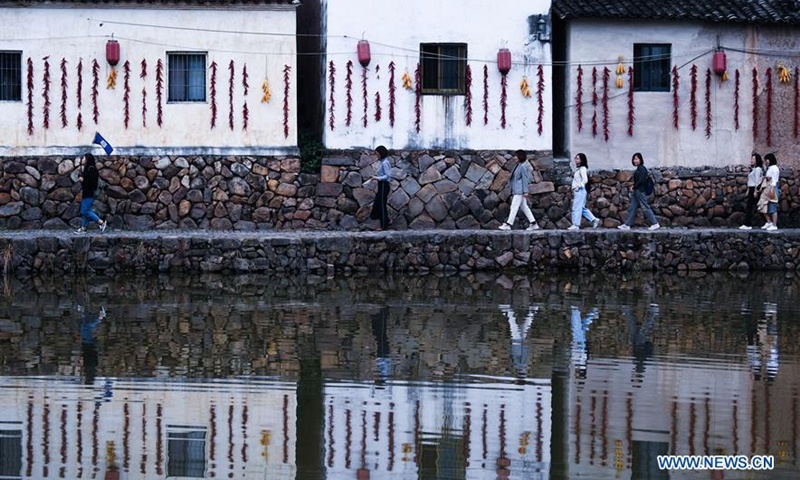 Chinese observers said public order and a safe environment in China is very normal, and many people feel "walking alone at night" is no big deal. But in recent decades, more and more Chinese have traveled aboard, and saw that public security in China was better than in many countries, including some Western countries.

Henry Wang, a Chinese student in New York, said "My friends and I can go out for midnight snacks and drinks or have fun after midnight in many cities in China. But in the US, not just in New York, but also many other major cities, not so many people dare walk alone at night."

Due to rising racism against Asians after the COVID-19 epidemic hit the US, many Asians including Chinese, Koreans, and Japanese are easy targets of bullying or attacks, and the worsening public security makes the US less and less attractive to many foreigners, said another Chinese national Eric Wu, who graduated from a university in California this year, and plans to go back to China.

The US ranks 36th with an 85, slightly higher than the world average of 82.

In the US, where the future of policing is being re-examined in many communities after the killings of George Floyd, Breonna Taylor and others at the hands of police, 79 percent of Americans in 2019 said they are confident in their local police. When asked again shortly before Floyd's death in 2020, 82 percent of Americans expressed confidence. Gallup's annual US Confidence in Institutions survey, conducted after Floyd's death, showed a decline in Americans' confidence in the police.