In a telephone conversation with his Finnish counterpart, Sauli Niinisto, Xi also said that Finnish firms are welcome to keep sharing the dividends brought by China's development, voicing his hope that Finland can continue to support bilateral cooperation in investment and other fields with an open attitude. 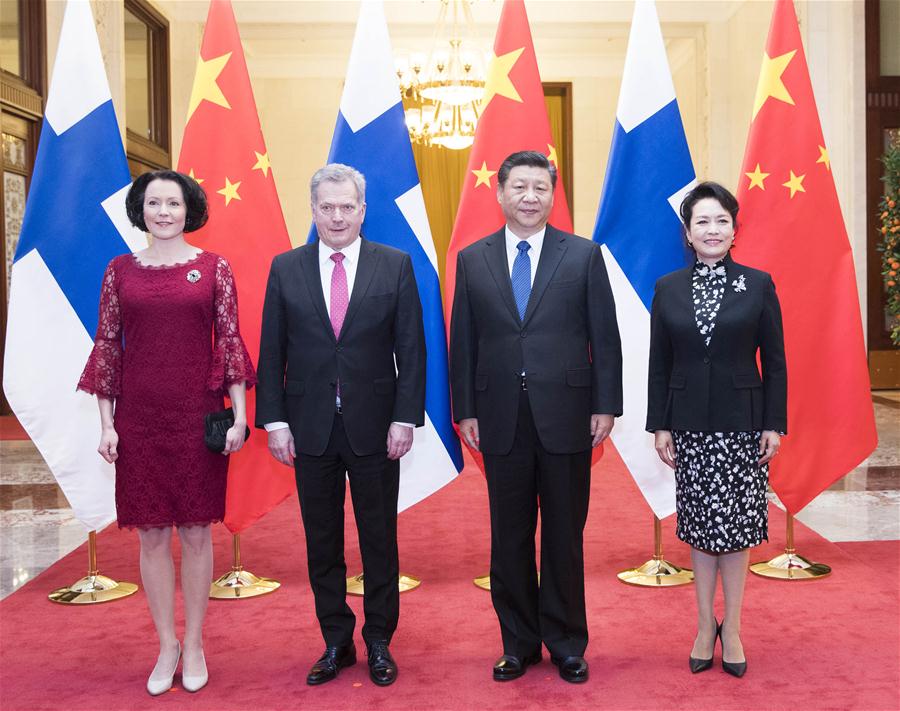 Noting that the two countries last year celebrated the 70th anniversary of China-Finland diplomatic ties, Xi said over the past year the two sides have joined hands in the fight against the COVID-19 pandemic, deepened their friendship, overcome difficulties and advanced practical cooperation.

Xi said that China is willing to strengthen personnel exchanges with Finland, carry out more cooperation in such fields as scientific research and education as well as green and low-carbon development, and jointly tackle the challenge of climate change.

China is actively preparing for the Beijing Winter Olympics and wishes Finland great success in the games, he said.

Xi stressed that last year has seen China-Europe relations moving forward despite the COVID-19 epidemic, which is not something easy and should be cherished, saying that the key is to jointly ensure dialogue and cooperation as the leading aspect in China-Europe relations as well as to keep mutual benefit as the main tone in bilateral ties.

It is hoped that Finland will play a unique and positive role in promoting the healthy and stable development of China-Europe relations, he said.

Noting that the current world is undergoing increasingly fast changes while confronting threats and challenges on a global scale, Xi said all parties should jointly respond in ways that are cooperative rather than confrontational, and win-win rather than zero-sum. In this regard, China appreciates Finland's positive role, he added.

China, Xi said, is willing to work with Finland to firmly uphold true multilateralism, and will actively address global challenges such as public health security and climate change through international cooperation, promoting the building of a community with a shared future for mankind.

For his part, Niinisto said over the past 70 years since the establishment of their diplomatic relations, the Finland-China relations have made considerable progress.

China is Finland's most important trade partner in Asia, and the two sides have great potential for cooperation in the high tech and circular economy fields, he said.

The Finland-China cooperation has played an important role in Finland's response to the COVID-19 pandemic, Niinisto said.

Finland attaches great importance to the cooperation with China on Winter Olympics and will actively participate in the Beijing 2022 Olympic and Paralympic Winter Games, he said.

Niinisto said that great changes have taken place in the world today, and humankind is facing shared challenges such as climate change and the COVID-19 pandemic.

Finland advocates for the "Helsinki Spirit" of 1975 to be carried forward and a joint response to global challenges through dialogue and cooperation, he said.

In this process, China's role is vital and indispensable, he added.

Finland is also willing to play an active role in promoting the Europe-China dialogue and cooperation, the president said.