BEIJING, May 7 (Xinhua) -- Chinese State Councilor and Foreign Minister Wang Yi said on Friday that the Chinese side is ready to work with Turkmenistan to plan for the future of bilateral ties, implement the consensus reached by the two heads of state in their phone conversation, and jointly push China-Turkmenistan relations to a new level. 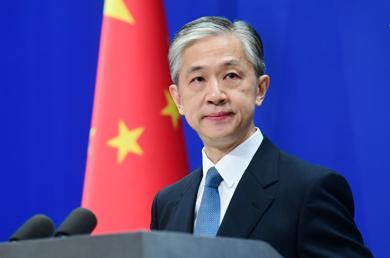 Wang made the remarks during his telephone conversation with Deputy Prime Minister and Foreign Minister of Turkmenistan Rashid Meredov.

He noted that Chinese President Xi Jinping spoke with Turkmen President Gurbanguly Berdymukhamedov on Thursday, and the two sides have reached important consensus, which will inject strong impetus into the development of bilateral relations.

China has always cherished its friendship with Turkmenistan, and supported its policy of permanent neutrality, a series of major initiatives put forward by the country in the international community, as well as its various reform and development measures, he said.

For his part, Meredov noted that the two heads of state held a rich, frank and friendly conversation on Thursday, and the consensus reached by both sides will lay a solid foundation for deepening the bilateral ties.

Turkmenistan will work with China to earnestly implement the consensus between the two heads of state, make every effort to push forward Turkmenistan-China relations and expand cooperation in various fields, he said.

He added that his country believes that the meeting of foreign ministers of China and five Central Asian countries will provide a good opportunity to promote bilateral ties and regional cooperation.