China ready to launch core module of the space station 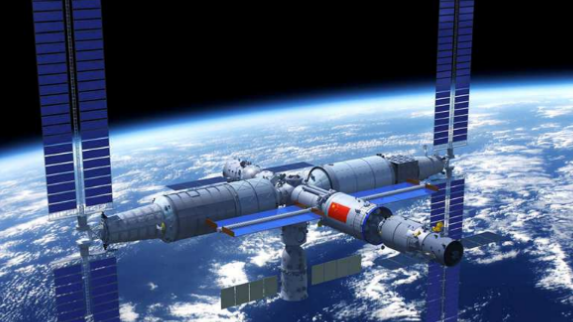 China's space project aiming for a manned flight as well as the construction of a space station has entered a new stage. It is now ready to launch the core module of the space station, a cargo and refueling craft as well as a crewed mission into space, according to a statement released by China Manned Space Engineering Office on Thursday.

The successful launch of China's Long March-5B carrier rocket in May 2020 inaugurated the "third step" of China's manned space program, which is to assemble and operate a fully-functional space station around 2022.

As scheduled, a series of subsequent flight missions will be carried out to complete the construction of the space station and a national space laboratory.

The station's core module dubbed "Tianhe-1" and the Long March-5B rocket, which is tasked with the launch mission, are now at the Wenchang Spacecraft Launch Site in Hainan Province. The launch is slated for the first half of this year.

Crew members for the four manned flights necessary for the construction phase of the space station have been selected and are undergoing mission training.

Besides the Long March-5B rocket, more types of Long March carrier rockets will be used to support the construction, Jiang Jie, a rocket expert with China Academy of Launch Vehicle Technology, said on Wednesday.

As the construction of the space station entails multiple docking missions, the rocket launch time should be precisely calculated, a challenge for the Long March-5B and Long March-7 rockets, Jiang added.