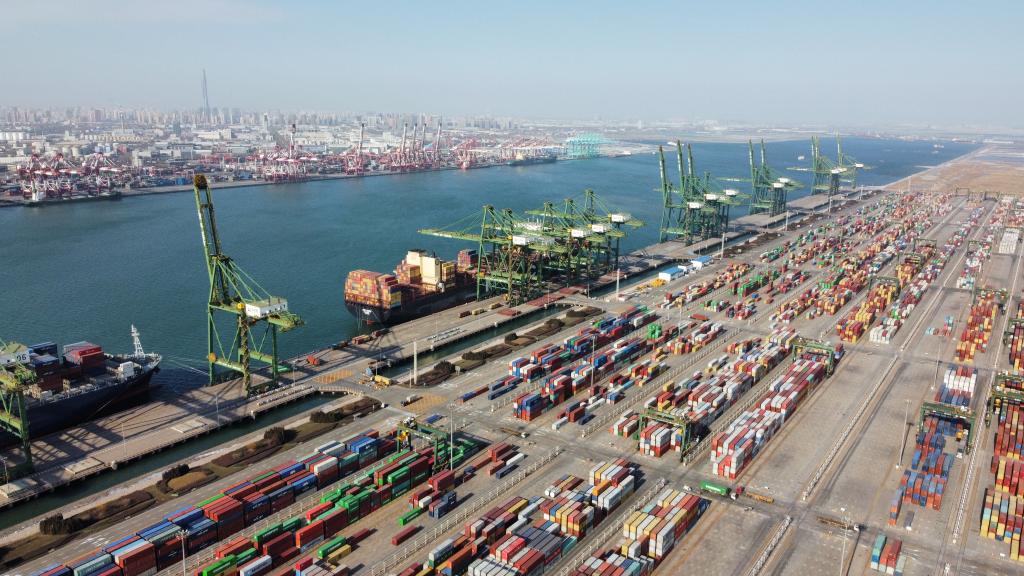 BEIJING, Sept. 24 (Xinhua) -- China is ready to work with other members of the Group of 20 (G20) to promote the reform of the World Trade Organization (WTO) and achieve the UN sustainable development goals, according to an official from the Ministry of Commerce (MOC).

Wang Shouwen, vice commerce minister and China international trade representative at the MOC, made the remarks via video link at the G20 Trade, Investment and Industry Ministerial Meeting held in Indonesia from Thursday to Friday.

To build a global community of health for all, China has cooperated with more than 120 countries and regions on vaccines, Wang said.

Amid efforts to push forward industrial digitization and digital industrialization, China is advancing its process of joining the Digital Economy Partnership Agreement and strengthening international cooperation on the digital economy, according to the vice minister.

Wang called on all parties to oppose unilateralism and protectionism, and avoid adopting discriminatory policies and measures that could distort global investment, industrial chains and supply chains.