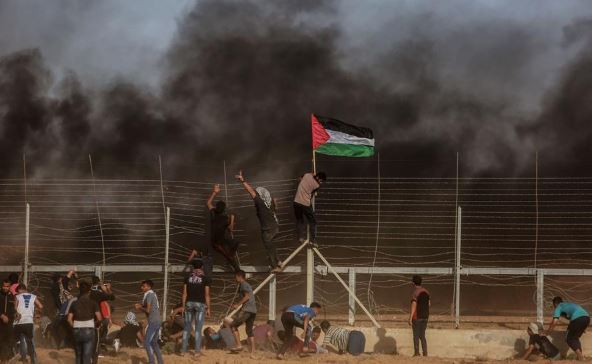 UNITED NATIONS, Feb. 11 (Xinhua) -- A Chinese envoy on Tuesday reiterated China's firm support for the Palestinian people's just cause to restore their legitimate national rights, in the wake of the unveiling of a controversial US Middle East peace plan.

China takes note of the US announcement of its new Middle East peace plan and the responses of Palestine, the Arab League, the Organisation of Islamic Cooperation, the UN secretary-general and others, said Zhang Jun, China's permanent representative to the United Nations.

China always believes that the relevant UN resolutions and such international consensus as a two-state solution and the land-for-peace principle constitute an important foundation for solving the question of Palestine, and must be effectively observed, he told the Security Council, which met to discuss the US plan.

The question of Palestine can only be solved through political means. Any proposal must be based on heeding the views and opinions of the major parties, in particular those of Palestine, as well as the voices of regional countries and organizations. Any such proposal must come up with dialogue and negotiation on an equal footing, and must contribute to a comprehensive, fair and lasting solution, said Zhang.